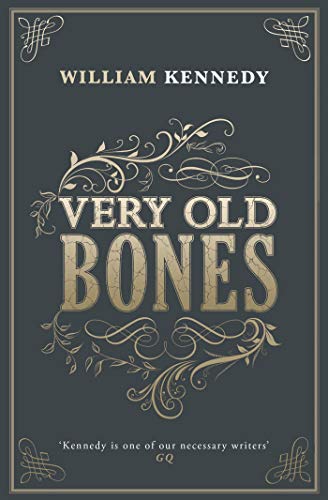 It is 1958 and the Phelan clan has gathered to hear Peter Phelan's will, read by the living Peter himself, an artist whose paintings about members of the family have given him belated critical recognition. The paintings illuminate the lives of his brother Francis (the exiled hero of Ironweed), and a family ancestor, Malachi McIlhenny, a true madman beset by demons, and determined to send them back to hell.

Orson Purcell, bastard son of Peter, and half-mad himself, encounters his first true solace through this obsessive and close-knit family he has never quite entered; most especially through his Aunt Molly, whose intense love affair holds secrets that only another love can resurrect. It is through Orson's modern eye that we see the tragedies, obsessions, and clandestine joys of this singular family.

This is climatic work in William Kennedy's Albany Cycle, riding on the melody of its language and the power of its story, which is full of surprise, comedy, terror, and earthly delight.

William Kennedy was born and raised in Albany, New York. His Albany Cycle of novels is recognised as one of the great achievements of postwar American literature, and includes LEGS, BILLY PHELAN'S GREATEST GAME, IRONWEED, VERY OLD BONES, QUINN'S BOOK and the FLAMING CORSAGE.