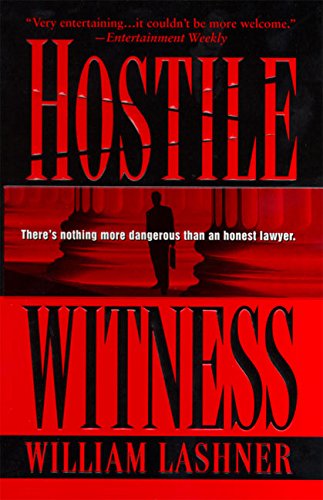 In Stock
$12.99
+10% GST
He wants a way out and a way up. But when the big offer comes, it comes with a price. All Victor has to do is follow high-powered attorney William Prescott's lead and he'll have every success he's ever wanted--millionaire clients, hefty retainers, and beautiful women for the taking. There's only one problem--Victor has a need to do things his way.
Good
Only 1 left

Victor Carl is sick of his loser life. After six thankless years hanging on to his sinking private law practice, the debts are king-size, a partner has flown the coop, his photocopier is broken, and his dream of posh digs in one of Philadelphia's exclusive firms is as unlikely as brotherly love.

Enter William Prescott III. He is a high-powered attorney who has everything that Victor wants. Prescott, though, needs Victor's help representing Councilman Jimmy Moore's aide who is accused of extortion, arson and murder. All Victor has to do is follow Prescott's lead and he'll have every success he's ever wanted. Millionaire clients will storm his doors, hefty retainers will fatten his wallet, and beautiful women will be his for the asking.

There's only one problem: Victor has an undeniable need to play the game his way.

New York Times bestselling author William Lashner is the author of seven suspense novels that have been published in more than a dozen languages throughout the world. A graduate of the University of Iowa's Writers' Workshop, he lives with his family outside of Philadelphia, Pennsylvania.

GOR002643220
Hostile Witness by William Lashner
William Lashner
Used - Good
Paperback
Unknown
0
0061009881
9780061009884
N/A
Book picture is for illustrative purposes only, actual binding, cover or edition may vary.
This is a used book - there is no escaping the fact it has been read by someone else and it will show signs of wear and previous use. Overall we expect it to be in very good condition, but if you are not entirely satisfied please get in touch with us.