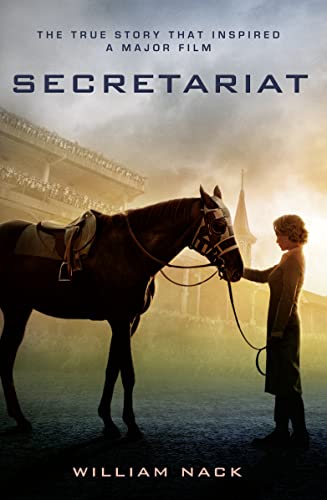 The remarkable true story of `Big Red,' one of America's finest racehorses.

The remarkable true story of `Big Red,' one of America's finest racehorses.

When her beloved Meadow Stables is faced with closure following her father's illness, housewife and mother Penny Chenery agrees to take over. Despite her lack of horse-racing knowledge she calls in assistance from trainer Lucien Laurin and a host of successful jockeys.

Pitted against the Phipps' racing dynasty, Penny takes the decision to breed her mare Somethingroyal to the Phipps' Bold Ruler, the nation's favourite stallion. With the toss of a coin it is agreed that one family will take Somethingroyal's first foal with the losing stable taking the colt out of Hasty Matelda and Somethingroyal's second foal. Penny loses the toss, but the wait for the unborn foal proves fortuitous when a bright red chestnut colt is born, Secretariat. Nicknamed "Big Red," with Laurin's guidance, Penny manages to navigate the male-dominated business of horse racing, ultimately fostering the first Triple Crown winner in 25 years and what may be the greatest racehorse of all time.

Now, more than 30 years after its initial publication, the story of "Big Red" continues to be a classic. Secretariat is the tale of a great racehorse but also a testimony to the dedication of Penny Chenery. Following her triumph with Secretariat she was elected as the first female member of The Jockey Club, changing the face of American horse racing forever.

"Secretariat is an elegantly crafted, exhilarating tale of speed and power, grace and greatness, told with such immediacy that the reader is lost in the rush of horses and the clatter and ring of the grandstand." Laura Hillenbrand, author of Seabiscuit

William Nack is an American journalist and author. He started his journalistic career as a reporter for Newsday before progressing to become a senior writer at Sports Illustrated for over twenty years. With a passion for horse racing, he penned several sports titles including Secretariat: The Making of a Champion, which is soon to be released as a Disney feature film. He lives in Washington D.C. with his family.

GOR002337935
Secretariat by William Nack
William Nack
Used - Very Good
Paperback
HarperCollins Publishers
2010-10-25
320
0007410913
9780007410910
N/A
Book picture is for illustrative purposes only, actual binding, cover or edition may vary.
This is a used book - there is no escaping the fact it has been read by someone else and it will show signs of wear and previous use. Overall we expect it to be in very good condition, but if you are not entirely satisfied please get in touch with us.