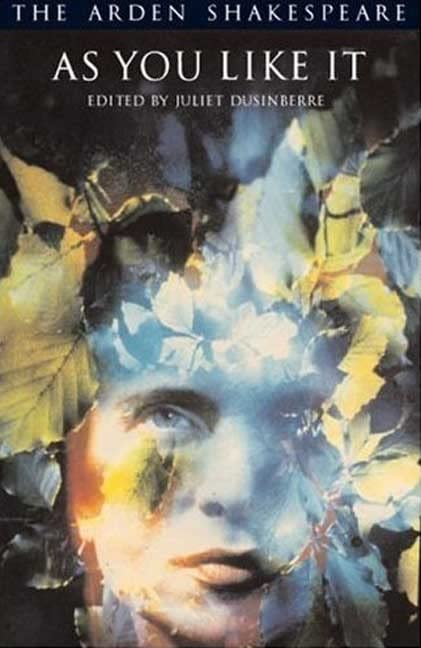 In Stock
$18.49
inc. GST
With its cross-dressed heroine, gender games and explorations of sexual ambivalence, its Forest of Arden and melancholy Jacques, this book speaks directly to the twenty-first century. It connects the play to the Elizabethan court and its dynamic queen and demonstrates that the play's vital roots in its own time give it new life in ours.
Very Good Good
Only 3 left

With its explorations of sexual ambivalence, As You Like It speaks directly to the twenty-first century. Juliet Dusinberredemonstrates that Rosalind's authority in the play grows from new ideas about women and reveals that Shakespeare's heroine reinvents herself for every age. But the play is also deeply rooted in Elizabethan culture and through it Shakespeare addresses some of the hotly debated issues of the period."This will be the definitive edition of As You Like It for many years to come" - Phyllis Rackin, University of Pennsylvania

"Arden editions have traditionally served as primary texts for many scholars...an Arden editor must present an overview of the play's criticism [and] must also take into account the play's ongoing dissemination through performance on stage and screen. Despite these arduous demands, Dusinberre's edition, with its editorial apparatus, its substantial introduction (142 pages), its notes, and its various appendices, fulfills the above requirements admirably...Dusinberre addresses a theater history that bears witness to the impact that various social movements, especially feminism and gay/lesbian (and now queer) activism, have had on the performance of one of Shakespeare's most gender-bending plays...It inscribes the feminist, queer, and historicist criticism of the past thirty years into the historical memory of Shakespeare studies." --Shakespeare Quarterly

Juliet Dusinberre is the author of the pioneering work in feminist criticism, Shakespeare and the Nature of Women, of Virginia Woolf's Renaissance: Woman Reader or Common Reader?, and of Alice to the Lighthouse: Children's Books and Radical Experiments in Art. She is a Fellow of Girton College, Cambridge, and was its first M.C. Bradbrook Fellow in English.

GOR001891871
As You Like it by William Shakespeare
William Shakespeare
The Arden Shakespeare
Used - Very Good
Paperback
Bloomsbury Publishing PLC
2004-11-01
472
1904271227
9781904271222
N/A
Book picture is for illustrative purposes only, actual binding, cover or edition may vary.
This is a used book - there is no escaping the fact it has been read by someone else and it will show signs of wear and previous use. Overall we expect it to be in very good condition, but if you are not entirely satisfied please get in touch with us.