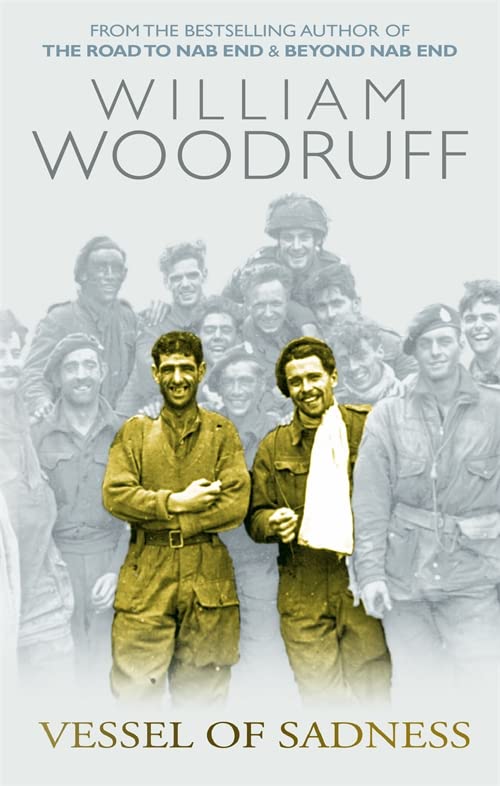 Vessel Of Sadness
by William Woodruff

In Stock
$30.99
inc. GST
A terrifying true-life novel about the 1944 Anzio landings in the tradition of BAND OF BROTHERS.
Very Good Good Well Read
6 in stock

Vessel Of Sadness by William Woodruff

Italy, 1944 - this is the setting of one of the most convincing and quietly magnificent stories about man and war that has ever been written. Here, (distilled from the experiences and observations of one who fought with them in the British infantry unit) is the mood of those who fought and died at Anzio. Their task - to seize the Alban Hills and then Rome forty miles away. Instead, for more than four months, they sank into the mud of the Anzio plain and fought for their lives. Nothing has appeared since Erich Maria Remarque's ALL QUIET ON THE WESTERN FRONT that can compare with this book's ability to penetrate the minds of men at war. There are no heroes, no heroines, no victories. This is a faceless, nameless, fragmented war. Even national differences - Britain, Italian, German, American - merge and are forgotten in this larger story of humanity. This story, in fact, does not need to be Anzio; it could be any battlefield where man has faced death.

From his birth in 1916 until he ran away to London, William Woodruff lived
in the heart of Blackburn's weaving community. He eventually went to Oxford
University and lived in Florida for over forty years. He died in 2008.

GOR000562574
Vessel Of Sadness by William Woodruff
William Woodruff
Used - Very Good
Paperback
Little, Brown Book Group
2004-11-04
240
0349118116
9780349118116
N/A
Book picture is for illustrative purposes only, actual binding, cover or edition may vary.
This is a used book - there is no escaping the fact it has been read by someone else and it will show signs of wear and previous use. Overall we expect it to be in very good condition, but if you are not entirely satisfied please get in touch with us.