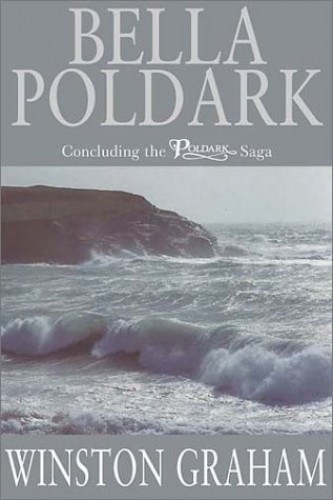 Generations of readers have fallen in love with the Cornwall of Winston Graham's magical Poldark saga. The stories of the Poldark family - Ross Poldark, strong, independent squire at Nampara and his beautiful, outspoken wife Demelza; their son Jeremy, killed at the battle of Waterloo; their talented, headstrong daughter Isabella Rose (Bella); and their long-standing feud with the humourless banker and landowner Sir George Warleggan - have sold millions of copies and in the 1970s were made into the most appealing and widely watched TV series of the decade.

Now, the twelfth and final novel brings the family story to a close. In this novel it is the youngest Poldark daughter, Bella, who takes centre stage, moving between her home at Nampara on the rugged Cornish coast and the wildly exciting world of the theatre in London and Europe at the beginning of the 19th century.

'Hurrah, Poldark rides again . . . We tingle with the sense that we are in good hands, transported by Graham's atmospheric prose.' DAILY MAIL

'Graham describes Cornwall so well and brings his characters to life so vividly that . . . Poldark is more than enjoyable fiction - it is real' CORNISH GUARDIAN

GOR001293198
Bella Poldark: A Novel of Cornwall: 1818-1820 by Winston Graham
Winston Graham
Used - Very Good
Hardback
Pan Macmillan
2002-05-10
544
0333989236
9780333989234
N/A
Book picture is for illustrative purposes only, actual binding, cover or edition may vary.
This is a used book - there is no escaping the fact it has been read by someone else and it will show signs of wear and previous use. Overall we expect it to be in very good condition, but if you are not entirely satisfied please get in touch with us.