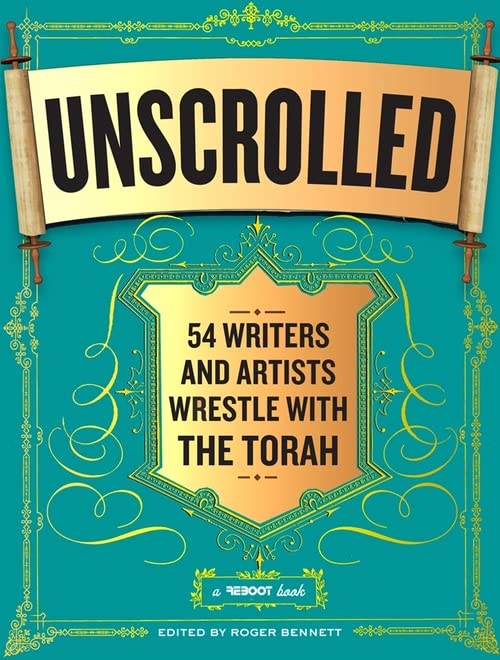 Used Price
$21.49
inc. GST
Free Shipping in Australia
Features an unlikely cast of characters who reinterpret the first five books of the Bible, as divided into the 54 Torah portions that are traditionally read over the course of the year.
Very Good

Unscrolled: 54 Writers and Artists Wrestle with the Torah by Workman Publishing

An unlikely cast of characters reinterprets the first five books of the Bible, as divided into the 54 Torah portions that are traditionally read over the course of the year. Writers include: Damon Lindelof, creator of the television series Lost (on Abraham's binding of Issac); essayist Sloane Crosley on the Ten Plagues; novelist Aimee Bender on the Tower of Babel; and Joshua Foer on Esau's brotherly spat with Jacob. Other contributors include actor/director Josh Radnor (How I Met Your Mother); Go the F**k to Sleep's Adam Mansbach; Pulitzer Prize-winning playwright David Auburn; Sam Lipsyte; Rebecca Odes; Susan Dominus; A.J. Jacobs; and more.

Reboot is a national network of young, creative Jews founded on the belief that every generation must grapple with the questions of identity, community, and meaning on its own terms. Reboot has created over 100 projects, including the National Day of Unplugging; the international architecture contest Sukkah City; and the Idelsohn Society for Musical Preservation, a record label and archive dedicated to tracking down lost Jewish music and the musicians who created it. Roger Bennett, writer, broadcaster, and cofounder of Reboot, is the author of several books, including Bar Mitzvah Disco. He lives with his family in New York City.

GOR005767267
Unscrolled: 54 Writers and Artists Wrestle with the Torah by Workman Publishing
Workman Publishing
Used - Very Good
Paperback
Workman Publishing
2013-10-16
384
0761169199
9780761169192
N/A
Book picture is for illustrative purposes only, actual binding, cover or edition may vary.
This is a used book - there is no escaping the fact it has been read by someone else and it will show signs of wear and previous use. Overall we expect it to be in very good condition, but if you are not entirely satisfied please get in touch with us.