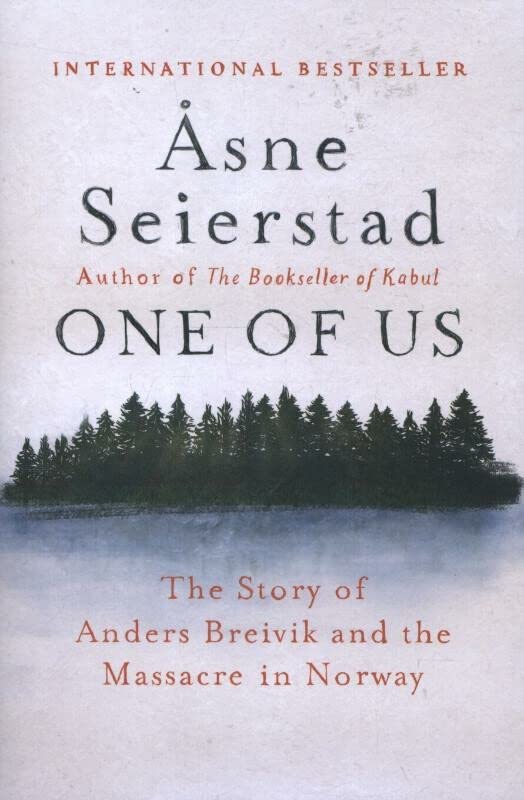 One of Us
by x Asne Seierstad

Used Price
$44.99
inc. GST
Free Shipping in Australia
In the tradition of Truman Capote's classic In Cold Blood, a powerful and gripping depiction of a crime and its aftermath.
Reviews:
Trustpilot
Very Good Good

One of Us Summary

One of Us: The Story of a Massacre and its Aftermath by x Asne Seierstad

On 22 July 2011 Anders Behring Breivik killed 77 of his fellow Norwegians in a terrorist atrocity that shocked the world. Many were teenagers, just beginning their adult lives. In the devastating aftermath, the inevitable questions began. How could this happen? Why did it happen? And who was Anders Breivik?

Asne Seierstad was uniquely placed to explore these questions. An award-winning foreign correspondent, she had spent years writing about people caught up in violent conflict. Now, for the first time, she was being asked to write about her home country.

Based on extensive testimonies and interviews, One of Us is the definitive account of the massacres and the subsequent trial.

But more than that, it is the compelling story of Anders Breivik and a select group of his victims. A picture emerges of a killer - isolated, awkward, with a strange and troubled childhood. And on the other side, we come to know fascinating, dazzling young people such as Simon Saebo and Bano Rashid, eager to contribute to their society. As we follow the path to their inevitable collision, it becomes clear just what was lost in that one day.

A gripping, shattering and vital book, One of Us is the story of a massacre and a study of evil. But it is also a story about community versus isolation, hope versus rejection, love versus bigotry - and a powerful memorial to those who lost their lives.

Customer Reviews - One of Us

One of Us Reviews

Asne Seierstad was born in 1970 and studied Russian, Spanish and the History of Philosophy at Oslo University. An internationally bestselling author, she has also received numerous awards for her journalism. She has worked as a war correspondent across the world, including Russia, China, Iraq and Afghanistan. Her second book, The Bookseller of Kabul, has sold over two million copies and the paperback was in the Sunday Times top ten for over a year. Her other critically acclaimed works include A Hundred and One Days: A Baghdad Journal and The Angel of Grozny. Following the atrocities in Oslo and Utoya in July 2011, she attended the trial of Anders Breivik and then began work on One of Us, which became a European bestseller. All of Asne Seierstad's books are published by Virago.

GOR007067532
One of Us: The Story of a Massacre and its Aftermath by x Asne Seierstad
x Asne Seierstad
Used - Very Good
Paperback
Little, Brown Book Group
2015-03-05
544
1844089207
9781844089208
Short-listed for CWA Non Fiction Dagger 2015 (UK)
Book picture is for illustrative purposes only, actual binding, cover or edition may vary.
This is a used book - there is no escaping the fact it has been read by someone else and it will show signs of wear and previous use. Overall we expect it to be in very good condition, but if you are not entirely satisfied please get in touch with us.