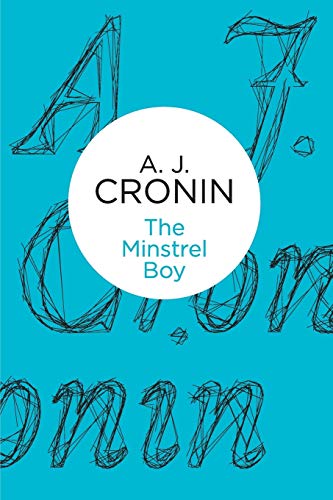 The Minstrel Boy
by A. J. Cronin

In Stock
£14.99
From the author of The Stars Look Down and The Citadel, and the creator of Dr Finlay's Casebook
Good
Only 1 left

The Minstrel Boy by A. J. Cronin

Desmonde Fitzgerald is handsome, charming and blessed with a marvellous singing voice - he is the Minstrel Boy. He becomes a priest, winning the coveted Golden Chalice for his singing when in seminary school abroad. But the duality of nature threatens to destroy the brilliant future that lies before him. Beloved of his parishioners and canon, he is devastatingly attractive to women, in particular the wealthy patron of his church at Kilbarrack, Ireland. But it is not until her wayward and sensual niece, Claire, arrives that disaster strikes . . .

In the magnificent narrative tradition of The Citadel, The Stars Look Down and Cronin's other classic novels, The Minstrel Boy is a great book by a much-loved author

About A. J. Cronin

Born in Cardross, Scotland, A J Cronin studied at the University of Glasgow. In 1916 he served as a surgeon sub-lieutenant in the Royal Navy Volunteers Reserve, and at the war's end he completed his medical studies and practiced in South Wales. He was later appointed to the Ministry of Mines, studying the medical problems of the mining industry. He later moved to London and built up a successful practice in the West End. In 1931 he published his first book, Hatter's Castle, which was compared with the work of Dickens, Hardy and Balzac, winning him critical acclaim. Other books by A J Cronin include: Dr Finlay's Casebook, The Stars Look Down, The Citadel, Three Loves, The Green Years, Beyond This Place, and The Keys of the Kingdom