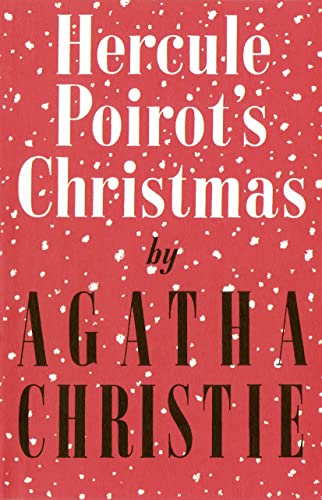 A facsimile first edition hardback of the wartime Poirot book, published to mark the 80th anniversary of his first appearance and commemorate the tradition of a `Christie for Christmas'.

A facsimile first edition hardback of the wartime Poirot book, published to mark the 80th anniversary of his first appearance and commemorate the tradition of a `Christie for Christmas'.

It is Christmas Eve. The Lee family reunion is shattered by a deafening crash of furniture, followed by a high-pitched wailing scream. Upstairs, the tyrannical Simeon Lee lies dead in a pool of blood, his throat slashed.

But when Hercule Poirot, who is staying in the village with a friend for Christmas, offers to assist, he finds an atmosphere not of mourning but of mutual suspicion. It seems everyone had their own reason to hate the old man...

To mark the 80th anniversary of Hercule Poirot's first appearance, and to celebrate his renewed fortunes as a primetime television star, this title in a collection of facsimile first editions is the perfect way to experience Agatha Christie. Reproducing the original typesetting and format of the first edition from the Christie family's own archive, this book sports the original cover which has been painstakingly restored to its original glory.

`You yearned for a "good violent murder with lots of blood". So this is your special story - written for you.'
Agatha Christie

GOR001138639
Hercule Poirot's Christmas (Poirot) by Agatha Christie
Agatha Christie
Poirot
Used - Very Good
Hardback
HarperCollins Publishers
2006-11-06
256
0007234503
9780007234509
N/A
Book picture is for illustrative purposes only, actual binding, cover or edition may vary.
This is a used book - there is no escaping the fact it has been read by someone else and it will show signs of wear and previous use. Overall we expect it to be in very good condition, but if you are not entirely satisfied please get in touch with us.