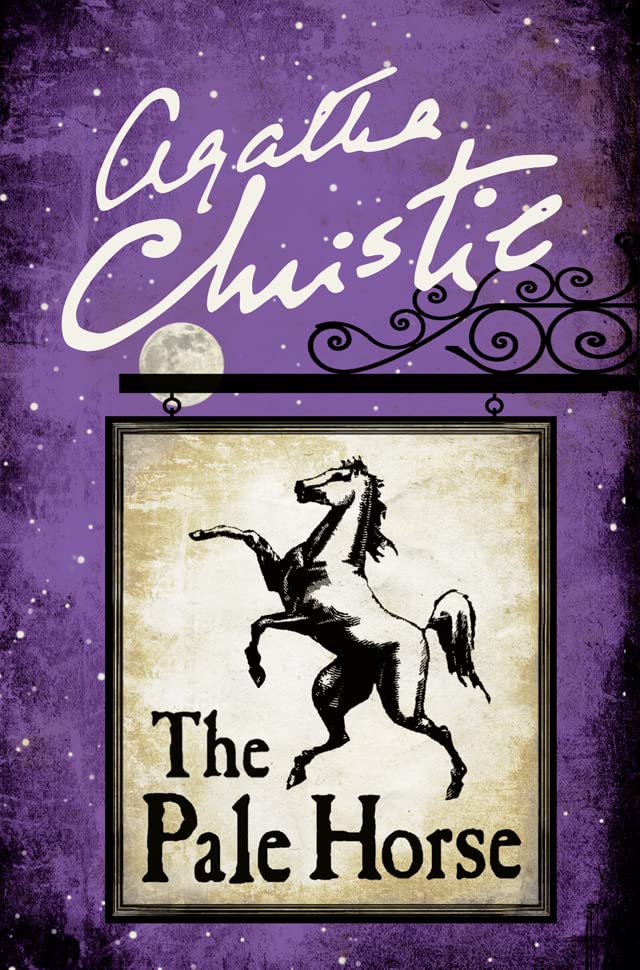 The Pale Horse
by Agatha Christie

A priest's death leads to sinister goings-on in an old country pub...

The Pale Horse by Agatha Christie

A priest's death leads to sinister goings-on in an old country pub...

To understand the strange goings on at The Pale Horse Inn, Mark Easterbrook knew he had to begin at the beginning. But where exactly was the beginning?

Was it the savage blow to the back of Father Gorman's head? Or was it when the priest's assailant searched him so roughly he tore the clergyman's cassock? Or could it have been the priest's visit, just minutes before, to a woman on her death bed?

Or was there a deeper significance to the violent squabble which Mark Easterbrook had himself witnessed earlier?

Wherever the beginning lies, Mark and his sidekick, Ginger Corrigan, may soon have cause to wish they'd never found it...

Agatha Christie was born in Torquay in 1890 and became, quite simply, the best-selling novelist in history. Her first novel, The Mysterious Affair at Styles, written towards the end of the First World War, introduced us to Hercule Poirot, who was to become the most popular detective in crime fiction since Sherlock Holmes. She is known throughout the world as the Queen of Crime. Her books have sold over a billion copies in the English language and another billion in 100 foreign countries. She is the author of 80 crime novels and short story collections, 19 plays, and six novels under the name of Mary Westmacott.

GOR009082030
The Pale Horse by Agatha Christie
Agatha Christie
Used - Very Good
Paperback
HarperCollins Publishers
2017-03-23
272
0008196389
9780008196387
N/A
Book picture is for illustrative purposes only, actual binding, cover or edition may vary.
This is a used book - there is no escaping the fact it has been read by someone else and it will show signs of wear and previous use. Overall we expect it to be in very good condition, but if you are not entirely satisfied please get in touch with us.