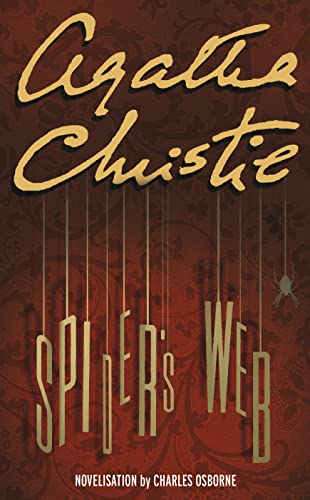 A full-length novel by Charles Osborne adapted from Agatha Christie's stage play, in which a diplomat's wife finds a body that mustn't be discovered...

A full-length novel by Charles Osborne adapted from Agatha Christie's stage play, in which a diplomat's wife finds a body that mustn't be discovered...

Clarissa, the wife of a Foreign Office diplomat, is given to daydreaming. `Supposing I were to come down one morning and find a dead body in the library, what should I do?' she muses.

Clarissa has her chance to find out when she discovers a body in the drawing-room of her house in Kent. Desperate to dispose of the body before her husband comes home with an important foreign politician, Clarissa persuades her three house guests to become accessories and accomplices. It seems that the murdered man was not unknown to certain members of the house party (but which ones?), and the search begins for the murderer and the motive, while at the same time trying to persuade a police inspector that there has been no murder at all...

`Reads like authentic, vintage Christie. I feel sure Agatha would be proud to have written it.'
Mathew Prichard, Agatha Christie's grandson, on BLACK COFFEE

`Osborne has again enhanced the original.'
Sunday Telegraph, on THE UNEXPECTED GUEST

Agatha Christie was born in Torquay in 1890 and became the best-selling novelist in history. Her first novel, The Mysterious Affair at Styles, introduced us to Hercule Poirot, the most popular detective since Sherlock Holmes. She is known throughout the world as the Queen of Crime and her works have sold over two billion copies - 80 crime books, 19 plays, and six novels under the name of Mary Westmacott.

Charles Osborne was born in Brisbane in 1927. He is known internationally as an authority on opera, though has had a lifelong passion for Agatha Christie's works. His previous books include The Life and Crimes of Agatha Christie.

GOR001108098
Spider's Web by Agatha Christie
Agatha Christie
Used - Very Good
Paperback
HarperCollins Publishers
2001-07-02
256
0006514936
9780006514930
N/A
Book picture is for illustrative purposes only, actual binding, cover or edition may vary.
This is a used book - there is no escaping the fact it has been read by someone else and it will show signs of wear and previous use. Overall we expect it to be in very good condition, but if you are not entirely satisfied please get in touch with us.