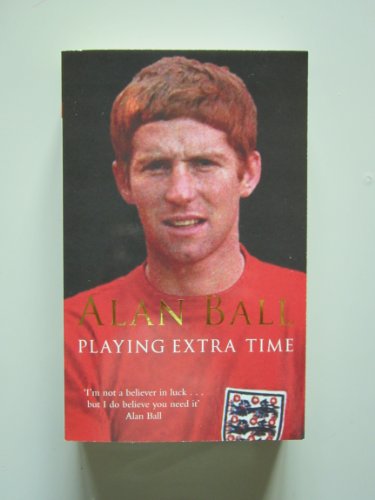 In Stock
£3.29
The autobiography of a legendary figure in football and an inspirational story with wide appeal
Very Good
9 in stock

Alan Ball always wanted to be the best. Small in stature, red-haired and fiery, Alan was one of the most recognisable players of his generation. Fans on the terraces and team mates immediately took to his whole-hearted enthusiasm and never-say-die attitude. Alan is a fighter - from overcoming his diminutive size to become a professional player and the youngest member of the 1966 England squad, to the rejection he repeatedly faced as a club manager.

In 2004 Alan faced the toughest battle of his life. His wife Lesley lost her fight with cancer. From the moment their daughter was diagnosed, to the shocking realisation that Lesley also had the disease; Alan learnt to cope in the face of insurmountable odds. His hugely successsful playing and managerial career that took him to Everton, Arsenal, Manchester City, and two World Cups with England took a back seat to the real test of character brought about by the illness of his loved ones. Now Alan is learning to live life without his beloved Lesley, while continuing to support his daughter whose cancer is in remission.

'I have never stopped fighting but now I am on a different playing field - this has been the biggest fight of my life.'

This is an autobiography that transcends football - a story that is both inspirational and deeply moving.

Alan Ball was born on 12 May 1945 in Farnworth, Bolton. He scored 170 goals during a career that took him to Blackpool, Everton, Arsenal, Southampton and Bristol Rovers. He played seventy-three times for England, winning the World Cup in 1966.

GOR000913234
Playing Extra Time by Alan Ball
Alan Ball
Used - Very Good
Paperback
Pan Macmillan
2005-07-01
400
0330427423
9780330427425
N/A
Book picture is for illustrative purposes only, actual binding, cover or edition may vary.
This is a used book - there is no escaping the fact it has been read by someone else and it will show signs of wear and previous use. Overall we expect it to be in very good condition, but if you are not entirely satisfied please get in touch with us.