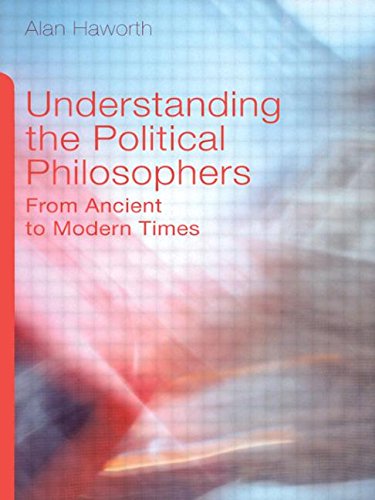 In Stock
£5.49
This look at political philosophy asks you to climb inside the heads of the major political philosophers. Beginning with Socrates and finishing with post-Rawlsian theory, Alan Haworth presents the key ideas and developments with clarity and depth.
Very Good
Only 1 left

This absorbing study invites you to climb inside the heads of the major political philosophers, as it were, and to see the world through their eyes. Beginning with Socrates and concluding with post-Rawlsian theory, Alan Haworth presents the key ideas and developments with clarity and depth. Each chapter provides a concentrated study of a given thinker or group of thinkers and together they constitute a broad account of the main arguments in political philosophy.

This is a fascinating, lively and engaging look at the topic and will be appropriate for any student taking a course in political philosophy or political thought.

Alan Haworth is a philosopher based at London Metropolitan University, where he teaches Political Philosophy, Ethics, and the History of Ideas. His previous books are Anti-Libertarianism: Markets, Philosophy and Myth (1994) and Free Speech (1998).

GOR004771121
Understanding the Political Philosophers: From Ancient to Modern Times by Alan Haworth (London Metropolitan University, UK)
Alan Haworth (London Metropolitan University, UK)
Used - Very Good
Paperback
Taylor & Francis Ltd
2003-11-06
320
0415275911
9780415275910
N/A
Book picture is for illustrative purposes only, actual binding, cover or edition may vary.
This is a used book - there is no escaping the fact it has been read by someone else and it will show signs of wear and previous use. Overall we expect it to be in very good condition, but if you are not entirely satisfied please get in touch with us.