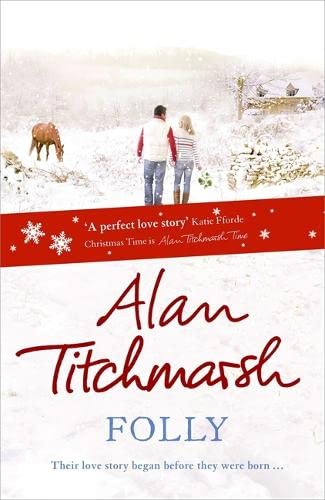 In Stock
£3.99
Celebrated author of six bestselling novels, this is Alan Titchmarsh's most ambitious novel to date. A multi-generational story of intrigue, rivalry and romance between two family's auction houses in Bath.
Very Good
16 in stock

Jamie Ballantyne and Artemis King were never meant to fall in love. The feud between their families has run for three generations.

But whatever Jamie's head might tell him, his heart will always belong to Artemis. After fifty years, perhaps it's time for the Kings and the Ballantynes to bury the hatchet.

Then Jamie and Artemis start to uncover their shared past. What they find will rock the foundations of both their families, as a web of deceit and intrigue is ruinously exposed ...

This is the richest and most captivating novel yet from a natural-born storyteller.

Art, antiques and romance are the ingredients: Titchmarsh boils the pot to a fine froth. * SAGA Magazine *

Alan Titchmarsh is known to millions through the popular BBC TV programmes The Nature of Britain, British Isles: A Natural History, How to be a Gardener, Ground Force and Gardeners World. He has written more than forty gardening books, as well as six best-selling novels and his two memoirs Trowel and Error: notes from life on earth and Nobbut a Lad. He was made MBE in the millennium New Year Honours List and holds a Victoria Medal of Honour, the Royal Horticultural Society's highest award. He lives with his wife and a menagerie of animals in Hampshire where he gardens organically.

GOR000694408
Folly by Alan Titchmarsh
Alan Titchmarsh
Used - Very Good
Hardback
Hodder & Stoughton General Division
2008-10-16
352
0340936851
9780340936856
N/A
Book picture is for illustrative purposes only, actual binding, cover or edition may vary.
This is a used book - there is no escaping the fact it has been read by someone else and it will show signs of wear and previous use. Overall we expect it to be in very good condition, but if you are not entirely satisfied please get in touch with us.