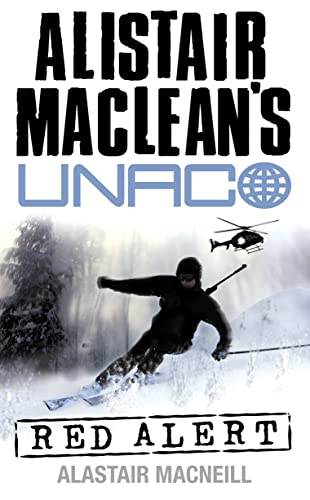 A deadly virus has been stolen, and the thieves plan to use the hundred million pound ransom to fund terrorist armies. When the mission looks impossible, the world calls upon UNACO.

A deadly virus has been stolen, and the thieves plan to use the hundred million pound ransom to fund terrorist armies. When the mission looks impossible, the world calls upon UNACO.

The Italian Red Brigades raid the US-owned Neo Chem laboratory between Rome and Tivoli and steal a vial of deadly DNA virus. They plan to trade the vial - which if opened could kill millions - for a hundred million pounds, to be paid to the terrorist armies of five European countries.

The deadline approaches: a summit conference in Switzerland, at which the terrorists threaten to release the virus into the atmosphere if their demands are not met.

UNACO agents Mike Graham, C.W. Whitlock and Sabrina Carver are summoned back urgently from leave. Their mission is to find and secure the vial before a catastrophe of unimaginable proportions takes place...

GOR002395692
9780006178491
0006178499
Red Alert (Alistair MacLean's UNACO) by Alastair MacNeill
Alastair MacNeill
Alistair MacLean's UNACO
Used - Very Good
Paperback
HarperCollins Publishers
2010-03-04
320
N/A
Book picture is for illustrative purposes only, actual binding, cover or edition may vary.
This is a used book - there is no escaping the fact it has been read by someone else and it will show signs of wear and previous use. Overall we expect it to be in very good condition, but if you are not entirely satisfied please get in touch with us
Trustpilot