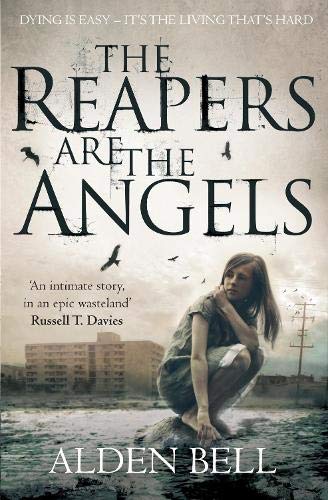 The Reapers are the Angels by Alden Bell

The Reapers are the Angels by Alden Bell

Older than her years and completely alone, Temple is just trying to live one day at a time in a post-apocalyptic world, where the undead roam endlessly, and the remnant of mankind who have survived, at times, seem to retain little humanity themselves.

Temple has known nothing else. This is the world she was born into. Her journey takes her to far-flung places, to people struggling to maintain some semblance of civilization - and to those who have created a new world order for themselves.

When she comes across the helpless Maury, she attempts to set one thing right, if she can just get him back to his family then maybe it will bring forgiveness for some of the terrible things she's done in her past. Because Temple has had to fight to survive, along the road she's made enemies - and one vengeful man is determined that, in a world gone mad, killing her is the only thing that makes sense . . .

Alden Bell lives in New York. For the past nine years, he has taught high school English at an Upper East Side prep school. Since 2002, he has also taught literature and cultural studies courses as an adjunct professor at the New School. Prior to coming to New York, he grew up in the heart of Orange County: Anaheim, home of Disneyland. He graduated from Berkeley with a degree in English and a minor in creative writing. In 2000, he received his Master's and Ph.D. in English at New York University, specializing in twentieth-century American and British literature.
GOR003388570
9780330518963
0330518968
The Reapers are the Angels by Alden Bell
Alden Bell
Used - Very Good
Paperback
Pan Macmillan
2011-09-02
304
N/A
Book picture is for illustrative purposes only, actual binding, cover or edition may vary.
This is a used book - there is no escaping the fact it has been read by someone else and it will show signs of wear and previous use. Overall we expect it to be in very good condition, but if you are not entirely satisfied please get in touch with us
Trustpilot