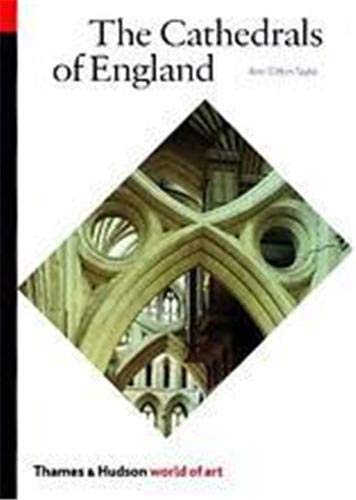 The Cathedrals of England
by Alec Clifton-Taylor

In Stock
£5.99
More than two hundred photographs and text trace the development of cathedral design from its Norman beginnings through the flowering of Gothic to the new Roman Catholic cathedral in Liverpool.
Very Good Good
7 in stock

The Cathedrals of England Summary

The Cathedrals of England by Alec Clifton-Taylor

This exhilarating study focuses on some of the most exciting and groundbreaking manifestations of English architectural genius.

With great verve and learning, Alec Clifton-Taylor leads us through nine centuries of English cathedral architecture and decoration, from their Norman beginnings through the flowering of Gothic to the concrete and metal structures of the twentieth century.

The Cathedrals of England Reviews

'[Alec Clifton-Taylor's] characteristically personal approach, with its strongly held and strongly expressed opinions, blows a lot of cobwebs off a subject that might seem to have been over-explored already' - Times Literary Supplement
'Informed and enthusiastic' - The Architectural Review

Foreword * 1. The Masterworks of English Architecture * 2. The General Aspect of England's Cathedrals * 3. The Norman Period * 4. The Earliest Cathedral Gothic * 5. The Maturity of Early English * 6. The Beginnings of Decorated * 7. The Flowering of Decorated * 8. Perpendicular * 9. The Protestant Reaction * 10. The Last Hundred Years * Notes, Visiting the Cathedrals: Summaries and Plans, Glossary

GOR001174324
The Cathedrals of England by Alec Clifton-Taylor
Alec Clifton-Taylor
World of Art
Used - Very Good
Paperback
Thames & Hudson Ltd
1967-11-06
288
0500200629
9780500200629
N/A
Book picture is for illustrative purposes only, actual binding, cover or edition may vary.
This is a used book - there is no escaping the fact it has been read by someone else and it will show signs of wear and previous use. Overall we expect it to be in very good condition, but if you are not entirely satisfied please get in touch with us.