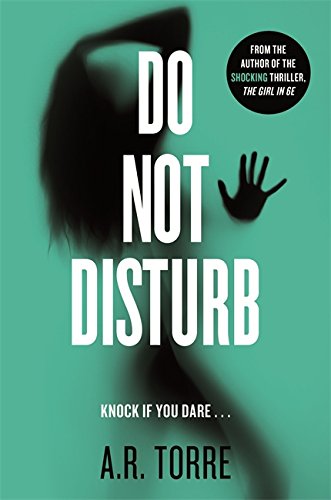 Do Not Disturb
by Alessandra Torre

Do Not Disturb Summary

Do Not Disturb by Alessandra Torre

I broke the rules. I left, I killed, I loved it

Deanna Madden locked herself away for three years. She never left the apartment. Never allowed herself contact with another human being.

Tried to stop herself acting out her homicidal urges . . .

Now, recently reacquainted with the outside world, Deanna is working out a new balance between her work on the sex cams and her life outside the walls of 6E.

But her equilibrium is about to be shattered as violence and evil begin to close in . . .

GOR009685336
Do Not Disturb by Alessandra Torre
Alessandra Torre
Used - Like New
Paperback
Orion Publishing Co
2015-07-30
368
1409154173
9781409154174
N/A
Book picture is for illustrative purposes only, actual binding, cover or edition may vary.
This is a used book - there is no escaping the fact it has been read by someone else and it will show signs of wear and previous use. Overall we expect it to be in very good condition, but if you are not entirely satisfied please get in touch with us.