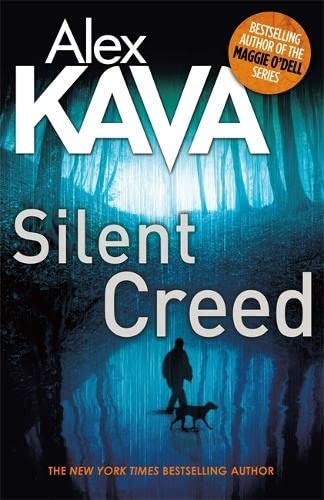 Most of them were asleep in their beds when the ground gave way. . . .

When Ryder Creed responds to a devastating mudslide in North Carolina, he knows the difference between finding survivors and the dead - is time. Heedless of the dangers, Creed and his best search-and-rescue dog Bolo frantically wade through the chaos of twisted tree limbs, crumbled cement, and unrecognizable debris, when a second slide catches up with Ryder. And he is buried alive.

Bolo makes it out, though, and leads the heroic rescue of his master. But what they get when they pull Ryder from the mud is much more than they bargained for. This dramatic incident reveals secrets that run deep, pointing to a possible serial killer and unexpectedly dredging up painful, hushed-up pieces of Creed's own past.

The mysteries unearthed will bring Ryder Creed face-to-face with his past loyalties, deeply embedded survivor's guilt, and a powerful figure from his past. He'll have to rely on his dogs if he wants to make it through alive...

[Breaking Creed] simply blew me away...For any lover of nail-biting suspense, it's a book you'll not be able to put down. * James Rollins *
[Breaking Creed contains] vivid and engaging detail about how dogs are trained and how they behave on the job. Grace and Creed's other dogs become distinct personalities. . . . [A] highly original novel. * Florida Weekly *
The US bestseller has a maestro's touch when it comes to conducting a symphony of thrills and romance. * Peterborough Evening Telegraph *

Alex Kava is the New York Times bestselling author of the critically acclaimed series featuring former Marine Ryder Creed and his K9 dogs, and the international bestselling Maggie O'Dell series. Her novel Stranded was awarded both a Florida Book Award and the Nebraska Book Award. Her standalone novel One False Move was chosen for the 2006 One Book One Nebraska and in 2007 she received the Mari Sandoz Award. Her political thriller Whitewash was also named one of January Magazine's best thrillers of the year. Published in thirty-two countries with over six million copies sold, Kava's novels have made the bestseller lists in the UK, Australia, Germany, Japan, Italy and Poland. She is a member of the Nebraska Writers Guild and International Thriller Writers. Kava and her pack of Westies divide their time between Omaha, Nebraska and Pensacola, Florida.