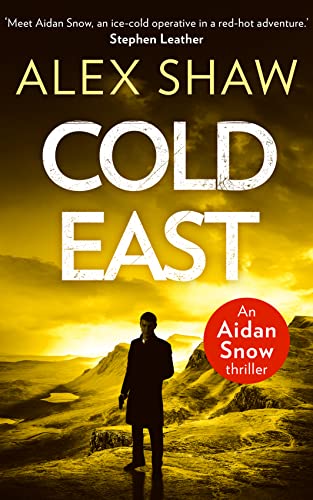 Used Price
£4.49
New RRP £12.99
Free Shipping in the UK
The clock is ticking. Will Aidan Snow be able to save the world...again?
Reviews:
Trustpilot
Very Good

The clock is ticking. Will Aidan Snow be able to save the world...again?

In the United States, a terrorist attack is thwarted by a man who does not exist.

In Russia, a notorious Chechen terrorist escapes from the nation's most secure prison

In Afghanistan, a Red Army soldier long given up for dead delivers a chilling message: Al-Qaeda has an RA-115A.

As the connection between these separate events begins to become clearer, MI6 and the CIA must attempt to prevent the world's first act of nuclear terrorism. And Aidan Snow faces his biggest challenge yet . . .

`Sizzles across the page like a flame on a short fuse!' Matt Hilton

GOR009924842
Cold East (An Aidan Snow SAS Thriller, Book 3) by Alex Shaw
Alex Shaw
An Aidan Snow SAS Thriller
Used - Very Good
Paperback
HarperCollins Publishers
2018-11-29
352
000831019X
9780008310196
N/A
Book picture is for illustrative purposes only, actual binding, cover or edition may vary.
This is a used book - there is no escaping the fact it has been read by someone else and it will show signs of wear and previous use. Overall we expect it to be in very good condition, but if you are not entirely satisfied please get in touch with us.