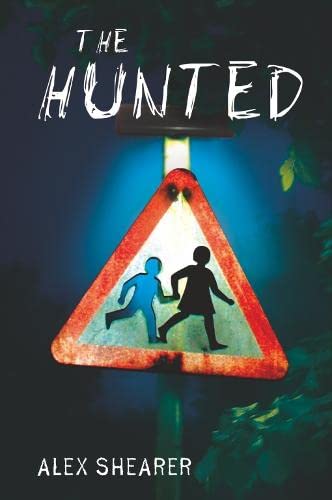 The Hunted
by Alex Shearer

In Stock
£3.99
A sinister thriller packed with plenty of plot twists and turns.
Very Good
6 in stock

The Hunted by Alex Shearer

Children are very precious . . . because they are so rare.

In a future world where people live to be 150, humans have paid the price for their longer lives - the cost being their fertility. Children have become a commodity: they are bought and sold, won and lost, and worst of all, are hunted by the `kiddernappers' keen to make a quick buck on a big sale.

When Deet wins Tarrin in a card game he rents him out to childless couples. They pay for Tarrin to play in their houses, and they pretend he's their child for an hour or two. But as Tarrin gets older, Deet is keen to secure his future, and his interest in `The Peter Pan' operation grows. By having `The Peter Pan', Tarrin would stay a boy forever. He would grow old inside the body of a young boy.

While Tarrin faces a difficult dilemma, someone is watching him. Someone who has plans of his own.

Alex Shearer lives with his family in Somerset. He has written more than a dozen books for both adults and children, as well as many successful television series, films, and stage and radio plays. He has had over thirty different jobs, and has never given up trying to play the guitar.

GOR001105979
The Hunted by Alex Shearer
Alex Shearer
Used - Very Good
Paperback
Pan Macmillan
2005-01-07
288
0330431900
9780330431903
Short-listed for Guardian Children's Fiction Prize 2005
Book picture is for illustrative purposes only, actual binding, cover or edition may vary.
This is a used book - there is no escaping the fact it has been read by someone else and it will show signs of wear and previous use. Overall we expect it to be in very good condition, but if you are not entirely satisfied please get in touch with us.