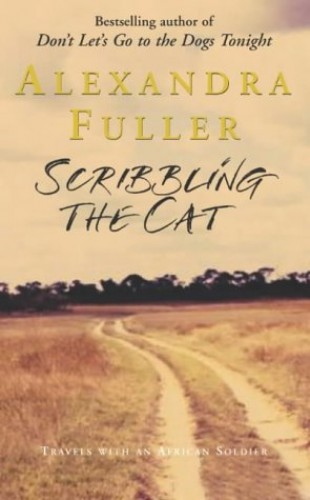 Scribbling the Cat
by Alexandra Fuller

In Stock
£9.99
From the author of Don't Let's Go to the Dogs Tonight, a powerful and sometimes painful account of an intense relationship -- between a writer, her words, and those she choses to write about
Very Good
Only 2 left

Scribbling the Cat: Travels with an African Soldier by Alexandra Fuller

When Alexanra "Bo" Fuller was in Zambia a few years ago visiting her parents, she asked her father about a nearby banana farmer who was known for being a "tough bugger". Her father's response was a warning to steer clear of him: "Curiosity scribbled the cat," he told Bo. Nonetheless, Fuller began her strange friendship with the man she calls K, a white African and veteran of the Rhodesian War. With the same fiercely beautiul prose that won her such acclaim for Don't Let's Go to the Dogs Tonight, Fuller here recounts her friendship with K.

He is, seemingly, a man of contradictions. Tattooed, battle-scarred, and weathered by farm work, K is a lion of a man, feral and bulletproof. Yet he is also a born-again Christian, given to weeping when he recollects his failed romantic life and welling up inside with memories of battle. For his war, like all wars, was a brutal one, marked by racial strife, jungle battles, brutal tortures, and the murdering of innocent civilians. Like all the veterans of the war, K has blood on his hands.

Driven by K's memories, Fuller and K decide to enter the heart of darkness in the most literal way, by traveling from Zambia through Zimbabwe (formerly Rhodesia) and Mozambique to visit the scenes of the war and to meet other veterans. What results from Fuller's journey is a remarkably unbiased and unsentimental glimpse at life in Africa, a land that besets its creatures with pests, plagues, and natural disasters, making the people there at once more hardened and more vulnerable than elsewhere.

Alexandra Fuller was born in England in 1969. She moved to Rhodesia (now Zimbabwe) with her family when she was two. After that country's war of independence (1980) her family moved first to Malawi and then Zambia. She came to the United States in 1994. Her book Don't Let's Go to the Dogs Tonight won the Winifred Holtby Memorial Prize in 2002 and a finalist for the Guardian First Book Award. Scribbling the Cat won the Lettre Ulysses Award for the Art of Reportage in 2006.

GOR001137790
Scribbling the Cat: Travels with an African Soldier by Alexandra Fuller
Alexandra Fuller
Used - Very Good
Hardback
Pan Macmillan
2004-09-03
288
033043327X
9780330433273
N/A
Book picture is for illustrative purposes only, actual binding, cover or edition may vary.
This is a used book - there is no escaping the fact it has been read by someone else and it will show signs of wear and previous use. Overall we expect it to be in very good condition, but if you are not entirely satisfied please get in touch with us.