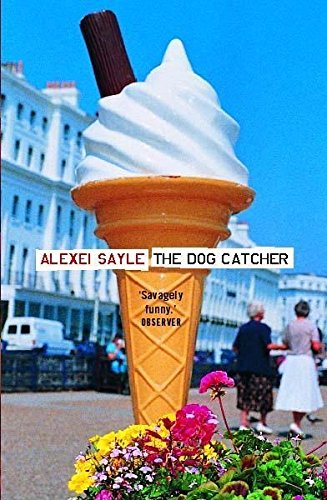 The Dog Catcher
by Alexei Sayle

In Stock
£3.99
Alexei Sayle is back, with a new collection of dark, timely, and comic tales. These dazzlingly written stories cut right to the heart of the modern world
Very Good
8 in stock

The Dog Catcher by Alexei Sayle

The acclaimed BARCELONA PLATES revealed Alexei Sayle as a writer with an outstanding ability to describe contemporary life in an unusual way.

Now, in his new collection THE DOG CATCHER, he brilliantly captures the morals and absurdities of our so-called 'cool' culture, populated by characters as recognizable as they are memorable.

THE DOG CATCHER will confirm Alexei Sayle's reputation as not only one of the great exponents of the short story genre, but also

as a profound commentator on the way we live now.

Every piece in Sayle's marvellous second collection combines strangeness and familiarity to moving and hilarious effect * Independent *
The stories in his new collection, THE DOG CATCHER, won't disappoint fans of Sayle's comedy. * Metro *
I read these short stories with real pleasure. A few of them are superb; none is without something to enjoy. * Daily Telegraph *
A finely-crafted blend of perceptive storytelling and acerbic witticism, darkly humorous. Sayle's compassion shines through everything, as the characters seem to head steadily downhill, each as recognisable as they are unforgettable. He lays bare the intirgues of contemporary life with a style and clarity that's impossible to ignore and his penetratingly accurate descriptions prove hima thoughtful commentator on modern life. * The Good Book Guide *
The Dog Catcher is filled with the black comedy, biting satire and quixotic characters which are his stock-in-trade. * Alexei Sayle, ThE Sunday Business Post *
More twisted but incisive humour from Alexei Sayle in this, his second book of short stories. Savagely and hilariously attacking many of today's 'types', each of these tales are bazaar yet completely believable. * The Sticks *
Dark and unsettling, but leavened with a dry sense of humour * Evening Standard *

Alexei Sayle is a comedian, actor, presenter and writer. His television work as a writer and performer includes The Young Ones, Alexei Sayle's Stuff, and The All New Alexei Sayle Show. He has written regularly for the Observer, Independent, Time Out, Car Magazine and Esquire and he has appeared in numerous films, from Indiana Jones and the Last Crusade to Gorky Park and Swing.

GOR001029579
The Dog Catcher by Alexei Sayle
Alexei Sayle
Used - Very Good
Paperback
Hodder & Stoughton General Division
2002-04-18
320
0340819448
9780340819449
N/A
Book picture is for illustrative purposes only, actual binding, cover or edition may vary.
This is a used book - there is no escaping the fact it has been read by someone else and it will show signs of wear and previous use. Overall we expect it to be in very good condition, but if you are not entirely satisfied please get in touch with us.