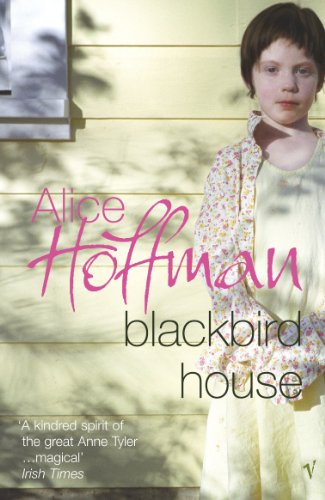 In Stock
£3.99
With a sense of place that is uncanny, and vividly real characters whose lives don't run smooth and whose stories loop together across space and time, this is work from a favourite novelist.
Very Good
5 in stock

From the great May storm in 1778 when John Hadley and his sons slip the British blockade off the coast of Massachusetts only to disappear at sea, the lives of the inhabitants of the wooden farmhouse on the cape, stranded amid fields of sweet peas and wild fruit vines and red pear trees, coil and weave around each other, right up to the present. Young Isaac Hadley is more interested in his pet blackbird and the star charts in The Practical Navigator than in helping to build the house; and Violet, a century later, with her stained face and her own ghostly bird, reads the same book, and finds that it's easy enough to trick a learned man, though harder to catch one...Larkin Howard is ready to sell his soul to buy the farm, but meets a woman who hears the whales cry on the beach; while in another century the young Farrell boy sees more than he should on a snowy night- and the pond out back is still dark and unforgiving beneath its deceptively golden lilies. By the 1950s, the farmhouse is part of a community of steady men and wayward boys, and women who make jam but still feel the ghostly breath of Cora Hadley, with her green fingers. As a second century draws to a close and summer visitors from the cities take over the countryside, the house can barely hold all its ghosts, but the tragedies are not over...

With a sense of place that is uncanny, and vividly real characters whose lives don't run smooth and whose stories loop together across space and time, this is a remarkable, haunting and accomplished work from a favourite novelist - an irresistible fiction about a house for all seasons.

.,."[I]t certainly seems as though [Hoffman's] entrancing and mythological tales flow like water from a spring, and her new book is no exception....As the stories leapfrog from colonial times toward the present, Hoffman, a subtle conjurer of telling details and ironic predicaments, orchestrates intense romances and profound sacrifices. Those who live in Blackbird House, by turns brilliant, crazy, and courageous, follow their dreams, endure nightmares, and find that their numinous home is as much a part of their being as their parents' DNA"--"Booklist "(American Library Association) "From the Hardcover edition."

Alice Hoffman is the bestselling author of many successful novels and screenplays, including Here on Earth (Oprah Book Club Choice in 1998), Illumination Nights, Turtle Moon, Practical Magic (made into a recent major film), Local Girls, The River King, Blue Diary and The Probable Future which is published simultaneously in Vintage. She lives in Massachusetts.

GOR000681178
Blackbird House by Alice Hoffman
Alice Hoffman
Used - Very Good
Paperback
Vintage Publishing
2005-07-07
240
0099453878
9780099453871
N/A
Book picture is for illustrative purposes only, actual binding, cover or edition may vary.
This is a used book - there is no escaping the fact it has been read by someone else and it will show signs of wear and previous use. Overall we expect it to be in very good condition, but if you are not entirely satisfied please get in touch with us.