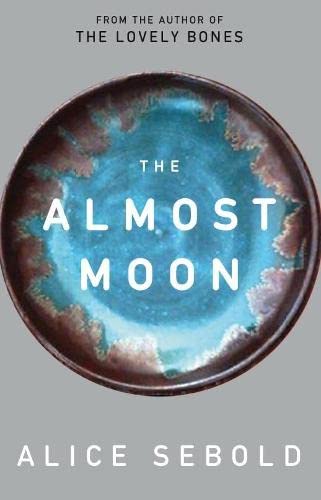 The Almost Moon
by Alice Sebold

From the bestselling author of The Lovely Bones

From the bestselling author of The Lovely Bones

The Almost Moon by Alice Sebold

A woman steps over the line into the unthinkable in this searing portrait of a to-the-death struggle between a mother and a daughter.

Clair Knightly and her daughter Helen are locked in a relationship so unrelenting that it has sucked the air out of both of their lives. And as this electrifying novel opens, Helen crosses a boundary she never dreamt she would even approach. But while her act is almost unconscious, it also seems like the fulfillment of a lifetime's buried desire.

Over the next twenty-four hours, Helen's life rushes in at her as she confronts the choices that have brought her to this crossroads. A woman who has spent a lifetime trying to win the love of a mother who had none to spare, she now faces an uncertain and dangerous freedom.

In The Almost Moon, Sebold explores the complex ties within families, the meaning of devotion and the fragility of the boundary that separates us from our darkest impulses. This is an unforgettable novel, a raw and powerful story, written with the clarity and insight that only Alice Sebold can bring to the page.

Alice Sebold is the author of the bestselling novels The Lovely Bones and The Almost Moon, and the memoir Lucky. She lives in California.

GOR000372831
The Almost Moon by Alice Sebold
Alice Sebold
Used - Very Good
Hardback
Pan Macmillan
2007-10-16
304
0330451324
9780330451321
N/A
Book picture is for illustrative purposes only, actual binding, cover or edition may vary.
This is a used book - there is no escaping the fact it has been read by someone else and it will show signs of wear and previous use. Overall we expect it to be in very good condition, but if you are not entirely satisfied please get in touch with us.