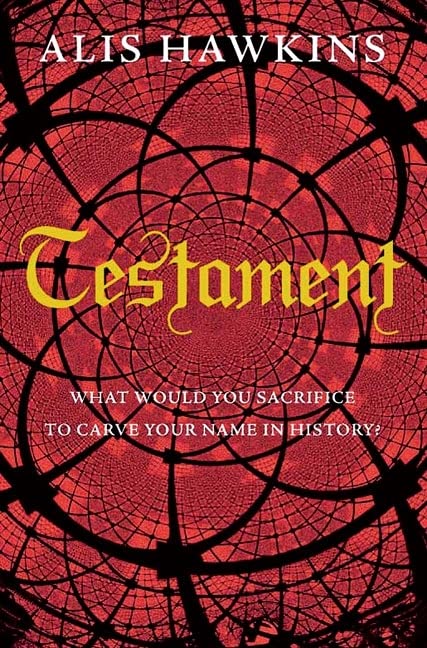 In Stock
£4.49
What would you sacrifice to carve your name in history?
Very Good Good
Only 2 left

When Damia Miller is employed to promote revered Kineton and Dacre college, it doesn't take her long to recognise that a grotesque antique painting recently uncovered on one of the college's walls might hold the key to the college's future.

Six hundred years earlier, master mason Simon of Kineton is preparing plans for his magnum opus, a college to rival anything in England. His work only interrupted when he becomes father to the son he has longed for for twenty years.

In the present day, Damia grows increasingly obsessed with the mysterious wall-painting and the college's dark history. What is the painting trying to tell her? Why was the college named after its mason as well as its founder? And who does the statue of the carefree boy in the Toby Yard represent?

In mediaeval Salster, Simon of Kinnerton is struggling to come to terms with the fact that his son is disabled - cursed, in the eyes of many of Salster's townspeople. But just as Simon himself is coming to accept young Toby a tragedy occurs whose repercussions will echo until the present day.

Testament is a startling feat of imaginative skill, distinguished by the breadth of its vision, and by the heartbreaking story at its centre: that of the sacrifice a child made for his father, six hundred years ago.

Brought up in west Wales, Alis Hawkins read English at Oxford before training as a speech and language therapist. She lives in Canterbury with her partner and teenage sons.

GOR000632249
Testament by Alis Hawkins
Alis Hawkins
Used - Very Good
Paperback
Pan Macmillan
2009-01-02
576
023070638X
9780230706385
Long-listed for Waverton Good Read Award 2008 (UK)
Book picture is for illustrative purposes only, actual binding, cover or edition may vary.
This is a used book - there is no escaping the fact it has been read by someone else and it will show signs of wear and previous use. Overall we expect it to be in very good condition, but if you are not entirely satisfied please get in touch with us.