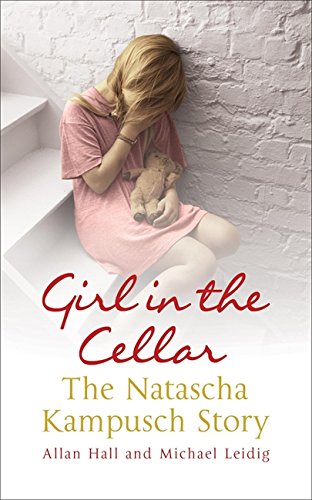 Girl in the Cellar - The Natascha Kampusch Story
by Allan Hall

Out of Stock
The first book to investigate one of the most notorious kidnapping cases of our times and how Natashca survived eight years in captivity. Written by two journalists who have been tracking the case ever since her disappearance, it contains a wealth of exclusive new information.
Very Good
Only 0 left

Girl in the Cellar - The Natascha Kampusch Story Summary

Girl in the Cellar - The Natascha Kampusch Story by Allan Hall

When Natascha Kampusch made her bid for freedom on 23 August 2006 after eight years held captive in a seemingly ordinary Austrian suburban house, her story horrified and astonished the entire world. How did she survive a childhood locked in a cellar? What sort of young woman had emerged? What kind of man was Wolfgang Priklopil, her abductor - and what demands had he made of her? As the days and weeks passed and Natascha's TV interview failed to quell the curiosity, so the questions began to change. What exactly was the relationship between abductor and hostage? Why had Natascha waited so long to escape when it seemed there had been other, earlier opportunities? Did Natascha's parents know Priklopil before he kidnapped their daughter? Allan Hall and Michael Leidig have tracked the story from the days of the 10-year-old's disappearance. They have spoken to police investigators, lawyers, psychiatrists, and to the family members closest to Natascha. They have come as close as possible to uncovering the full, shocking story. It is a story that tests the limits of our understanding of how human beings behave - and makes our hearts bleed for the plight of an innocent child caught up in a horror story almost beyond our imagining.

Girl in the Cellar - The Natascha Kampusch Story Reviews

'A riveting account of the trials of Natascha Kampusch... The authors have come as close as possible to uncovering the full and shocking story.' * The Sun *
'An astonishing true story' * News of the World *
'Reveals more twists' * Grazia *

Allan Hall was formerly a New York correspondent for 10 years, first for The Sun and later the Daily Mirror. He then co-founded the Big Apple News media agency and has covered German-speaking Europe for the last eight years for newspapers including The Times, and the Mail on Sunday. He has written a number of books including serveral encyclopedias of crime. He lives and works in Berlin.

Michael Leidig has been covering Austrian affairs for the Daily Telegraph as a foreign correspondent since 1995. He is founder of the Vienna-based news agency, Central European News, and founder and editor of three Austrian newspapers including the newly launched Austrian Times.

GOR000503442
Girl in the Cellar - The Natascha Kampusch Story by Allan Hall
Allan Hall
Used - Very Good
Paperback
Hodder & Stoughton General Division
2007-06-28
304
0340936509
9780340936504
N/A
Book picture is for illustrative purposes only, actual binding, cover or edition may vary.
This is a used book - there is no escaping the fact it has been read by someone else and it will show signs of wear and previous use. Overall we expect it to be in very good condition, but if you are not entirely satisfied please get in touch with us.