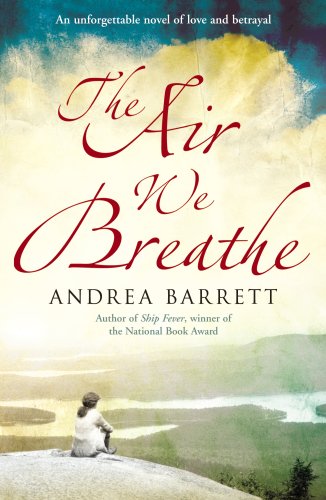 The Air We Breathe
by Andrea Barrett

The Air We Breathe Summary

The Air We Breathe by Andrea Barrett

Autumn, 1916. America is preparing to enter WWI, but at Tamarack State Hospital, the danger is barely felt. Here in the crisp, mountain air where wealthy tuberculosis patients recover in private cottages and charity patients, mostly European emigres, fill the sanatorium, time stands still. Prisoners of routine and yearning for absent families, the inmates take solace in gossip, rumour and secret attachments. One enterprising patient initiates a weekly discussion group, but his well-meaning efforts lead instead to tragedy and betrayal. The war comes home, bringing with it a surge of anti-immigrant prejudice and vigilante sentiment. Andrea Barrett pits power and privilege against unrest and thwarted desire in a spellbinding tale of individual lives in a nation on the verge of extraordinary change.

The Air We Breathe Reviews

"Andrea Barrett is in a class by herself. A near-perfect equipoise between smooth storytelling and the suggestion of larger truths" * Newsday *
"Few writers have mastered the historical novel as [Barrett] has... Her re-creation of time and place remains glittering" * The Times *
"This is a meticulously researched novel, and provides an edifying glimpse into an odd, static world during a period when the world outside was anything but static" * Daily Telegraph *

Andrea Barrett has received a National Book Award and a MacArthur grant and has been a finalist for the Pulitzer Prize. A fellow at the New York Public Library Center for Scholars and Writers, Barrett lives in North Adams, Massachusetts, and teaches at Williams College.

GOR001178775
The Air We Breathe by Andrea Barrett
Andrea Barrett
Used - Very Good
Paperback
Cornerstone
2009-04-01
400
0099519461
9780099519461
N/A
Book picture is for illustrative purposes only, actual binding, cover or edition may vary.
This is a used book - there is no escaping the fact it has been read by someone else and it will show signs of wear and previous use. Overall we expect it to be in very good condition, but if you are not entirely satisfied please get in touch with us.