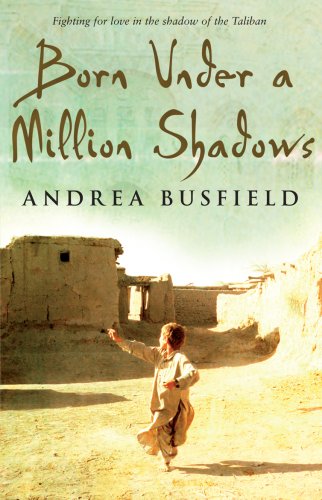 Born Under a Million Shadows
by Andrea Busfield

In Stock
£2.99
For fans of THE KITE RUNNER by Khaled Hossein and Yasmin Khadra's THE SWALLOWS OF KABUL, a devastating tale of forbidden love between an Englishwoman and a Kabul warlord.
Very Good Good
9 in stock

Born Under a Million Shadows Summary

Born Under a Million Shadows by Andrea Busfield

For fans of THE KITE RUNNER by Khaled Hossein and Yasmin Khadra's THE SWALLOWS OF KABUL, a devastating tale of forbidden love between an Englishwoman and a Kabul warlord. The Taliban have disappeared from Kabul's streets, but the long shadows of their brutal regime remain. In his short life eleven-year-old Fawad has known more grief than most: his father and brother have been killed, his sister has been abducted, and Fawad and his mother, Mariya, must rely on the charity of family to eke out a hand-to-mouth existence. Then Mariya finds a position as housekeeper for a charismatic western woman, Georgie, and Fawad dares to hope for an end to their struggle. He soon discovers that his beloved Georgie is caught up in a dangerous love affair with the powerful Afghan warlord Haji Khan, a legendary name on the streets of Kabul. At first resentful of Haji Khan's presence, Fawad learns that love can move a man to act in surprising ways, and an overwhelming act of generosity persuades him of the warlord's good intentions. But even a man as influential as Haji Khan can't protect Fawad from the next tragedy to blight his young life, a tragedy so devastating that it threatens to destroy the one thing Fawad thought he could never lose: his love for his country.

Born Under a Million Shadows Reviews

"This beautifully told tale will capture the reader's heart...powerful and moving" * The Sun *
"Beautifully written, touching and laced with humour, it's a stunningly assured debut from a writer who looks set to be a big star" * News of the World *

Andrea Busfield is a British journalist. Whilst covering the fall of the Taliban for the News of the World she fell in love with Afghanistan and made it her home. She is now the deputy editor of the Gulf Times. This is her first novel.

GOR001121676
Born Under a Million Shadows by Andrea Busfield
Andrea Busfield
Used - Very Good
Paperback
Transworld Publishers Ltd
2009-04-23
384
0552775630
9780552775632
N/A
Book picture is for illustrative purposes only, actual binding, cover or edition may vary.
This is a used book - there is no escaping the fact it has been read by someone else and it will show signs of wear and previous use. Overall we expect it to be in very good condition, but if you are not entirely satisfied please get in touch with us.