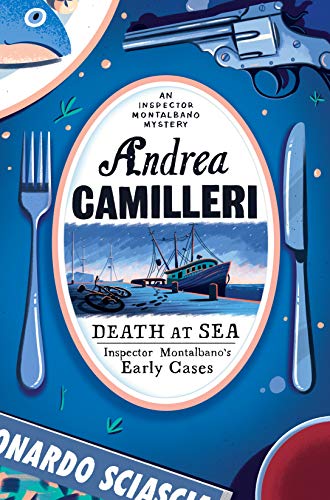 Death at Sea
by Andrea Camilleri

Death at Sea by Andrea Camilleri

From the title story, Death at Sea, in which the alleged manslaughter of an engineer upon a fishing trawler leads Inspector Montalbano to uncover an even more sinister crime, Andrea Camilleri takes his readers through eight cunning cases from the Vigatan police files. Starting with an arson attack on a hotel which leaves the distraught owner as the chief suspect; to the mysterious case of a woman who goes missing in an underpass with a million lire in her handbag; to a threat on Montalbano's own life, as an anonymous motorcyclist takes a shot at the detective.

GOR009685552
Death at Sea by Andrea Camilleri
Andrea Camilleri
Used - Very Good
Paperback
Pan Macmillan
2019-02-07
304
1509809139
9781509809134
N/A
Book picture is for illustrative purposes only, actual binding, cover or edition may vary.
This is a used book - there is no escaping the fact it has been read by someone else and it will show signs of wear and previous use. Overall we expect it to be in very good condition, but if you are not entirely satisfied please get in touch with us.