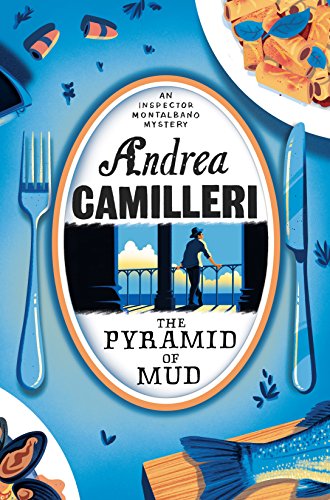 The Pyramid of Mud
by Andrea Camilleri

The Pyramid of Mud Summary

The Pyramid of Mud by Andrea Camilleri

The Pyramid of Mud is the twenty-second Montalbano mystery from Italy's finest crime writer, Andrea Camilleri.

It's been raining for days in Vigata, and the persistent downpours have led to violent floods overtaking the Inspector's beloved hometown, sweeping across the land and leaving only a sea of mud behind. It is on one of these endless grey days that a man - a Mr Giuglu Nicotra - is found dead. His body discovered in a large sewage tunnel, half naked and with a bullet in his back.

The investigation is slow and slippery to start with, but when Montalbano realizes that every clue he uncovers and every person he interviews is leading to the same place: the world of public spending - and with it, the Mafia - the case begins to pick up pace.

But there's one question that keeps playing on Montalbano's mind: in his strange and untimely death, was Giuglu Nicotra trying to tell him something?

The Pyramid of Mud is followed by the twenty-third gripping mystery, The Overnight Kidnapper.

Customer Reviews - The Pyramid of Mud

The Pyramid of Mud Reviews

GOR009383283
The Pyramid of Mud by Andrea Camilleri
Andrea Camilleri
Inspector Montalbano mysteries
Used - Very Good
Paperback
Pan Macmillan
2018-09-06
288
1447298365
9781447298366
N/A
Book picture is for illustrative purposes only, actual binding, cover or edition may vary.
This is a used book - there is no escaping the fact it has been read by someone else and it will show signs of wear and previous use. Overall we expect it to be in very good condition, but if you are not entirely satisfied please get in touch with us.