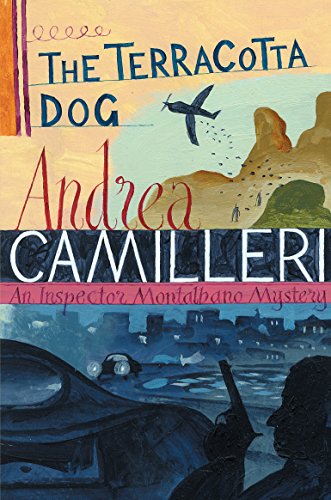 The Terracotta Dog
by Andrea Camilleri

Out of Stock
`Camilleri writes with such vigour and wit that he deserves a place alongside Michael Dibdin and Donna Leon' Sunday Times
Very Good New£8.99
Only 0 left

The Terracotta Dog by Andrea Camilleri

The Terracotta Dog, the second book in Andrea Camilleri's Inspector Montalbano series, opens with a mysterious tete-a-tete with a Mafioso, some inexplicably abandoned loot from a supermarket heist, and some dying words that lead Inspector Montalbano to a secret grotto in a mountain cave where two young lovers dead fifty years and still embracing are watched over by a life-size terracotta dog. Montalbano's passion to solve this old crime takes him, heedless of personal danger, on a journey through the island's past and into a family's dark heart amid the horrors of World War II.

Andrea Camilleri's Inspector Salvo Montalbano has garnered millions of fans worldwide with his sardonic, engaging take on Sicilian small-town life and his genius for deciphering the most enigmatic of crimes.

The Terracotta Dog is followed by the third title in this satirical and humorous series, The Snack Thief.

The novels of Andrea Camilleri breath out the sense of place, the sense of humour, and the sense of despair that fill the air of Sicily. To read him is to be taken to that glorious, tortured island. * Donna Leon *
Both farcical and endearing, Montalbano is a cross between Columbo and Chandler's Philip Marlowe, with the added culinary idiosyncrasies of an Italian Maigret. * Guardian *

GOR001109228
The Terracotta Dog by Andrea Camilleri
Andrea Camilleri
Inspector Montalbano mysteries
Used - Very Good
Paperback
Pan Macmillan
2004-06-04
352
0330492918
9780330492911
N/A
Book picture is for illustrative purposes only, actual binding, cover or edition may vary.
This is a used book - there is no escaping the fact it has been read by someone else and it will show signs of wear and previous use. Overall we expect it to be in very good condition, but if you are not entirely satisfied please get in touch with us.