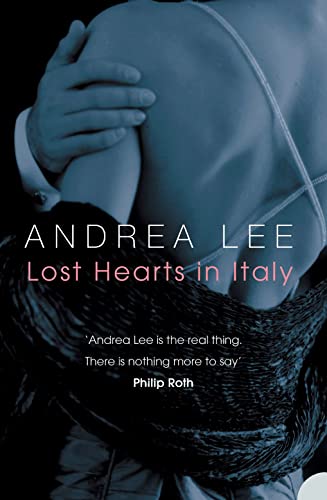 An insightful and passionate novel from the author of `Interesting Women', which follows the dramatic breakdown of the marriage and lives of a couple once thought to be in love.

Lost Hearts in Italy: A Novel by Andrea Lee

An insightful and passionate novel from the author of `Interesting Women', which follows the dramatic breakdown of the marriage and lives of a couple once thought to be in love.

Mira Ward, a writer, and her husband Nick, a banker, are a newly married American couple who seem to have the ideal life. Good-looking and in love, they are the envy of their family and friends. But when Nick is transferred to Rome, the two become classic innocents abroad.

Fate intervenes when on a plane journey to join her husband, Mira - by pure chance - is given a first-class ticket. Impulsively giving her phone number to Zenin, a predatory Italian tycoon she meets on the plane, she sets in motion a chain of events that will reveal the cracks in her marriage and her self-image, and shatter her life as she knows it.

Evoking the grandeur and romance of Italy, and weaving back and forth in time - between the current lives of Mira, Nick and Zenin, and the tumultuous days of the affair - `Lost Hearts In Italy' is a haunting novel of betrayal and passion, about the sacrifices we make in the name of love, and the true cost of desire.

`A sophisticated tale of seduction by sex, wealth and the desire to belong...As in her travel writing and short stories, Lee is a superior courier. Her eye is knowing, her writing lively.' Lindsay Dugid, Sunday Times

'The plot is simple but the elegance and sympathy with which Andrea Lee conveys emotions makes for a compelling read.' Daily Telegraph

`Italy is the perfect backdrop: stylish, impassioned and teeming with contradictions.' Daily Mail

`Lee writes movingly of that innocence, which once lost can never be recovered, of the price of betrayal and desire requited...beautifully measured with an eye for detail...characters resonate with intelligence and worldly sophistication in this haunting novel.' Irish Independent

`Andrea Lee is a wise and graceful writer...[her] outsider status enables her to evoke so brilliantly what Henry James called the "international situation". The novel is, at root, a love story and though it's one we've read many times before, such are Lee's powers of observation and her skill with language that its retelling is more than justified.' Observer

`A painstaking inquiry into an adulterous love affair and its aftermath.' Guardian

`Andrea Lee is the real thing. There is nothing more to say.' Philip Roth

Andrea Lee is the author of two previous books, one of which, `Russian Journal', was nominated for a National Book Award. She has had numerous stories published in the New Yorker and included in the annual O. Henry Best American Short Story anthologies. She lives with her husband and two children in Italy.

GOR001090920
Lost Hearts in Italy: A Novel by Andrea Lee
Andrea Lee
Used - Very Good
Paperback
HarperCollins Publishers
2007-08-01
288
0007172877
9780007172870
N/A
Book picture is for illustrative purposes only, actual binding, cover or edition may vary.
This is a used book - there is no escaping the fact it has been read by someone else and it will show signs of wear and previous use. Overall we expect it to be in very good condition, but if you are not entirely satisfied please get in touch with us.