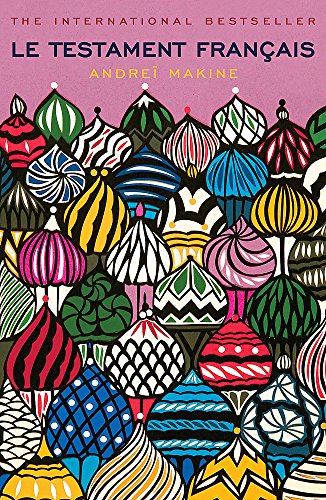 In Stock
£8.49
The first novel to win both the Prix Goncourt and Prix Medicis
Very Good Well Read
Only 3 left

Locked behind the Iron Curtain, a young boy grows up bewitched by his French grandmother's memories of Paris before the Great War. Yet despite what he also learns of her suffering in the Soviet Union under Stalin and during the Second World War, as an adolescent he finds himself proud to be a Russian. Torn between the two cultures, he eventually makes a choice - which has a wholly unexpected outcome.

Capturing the powerful allure of illusion, this unforgettable novel traces a sentimental and intellectual journey that embraces the dramatic history of the twentieth century.

A superb novel about fantasy and reality...It is Makine's achievement to convey the essential, with economy, grace and beauty * Scotsman *
Great literature, necessary and profound * Independent *
He communicates brilliantly the exquisite agony of nostalgia * Literary Review *
Beautifully written...A deceptively profound novel. Makine's wonderful economy of image and phrase convey far more than one could think possible about the Russian soul * Daily Telegraph *

Andrei Makine was born in Krasnoyarsk in Siberia in 1957, but sought asylum in France in 1987. While initially sleeping rough in Paris he was writing his first novel, A HERO'S DAUGHTER, which was eventually published in 1990 after Makine pretended it had been translated from the Russian, since no publisher believed he could have written it in French. With his third novel, ONCE UPON A RIVER LOVE, he was finally published as a 'French' writer, and with his fourth, LE TESTAMENT FRANCAIS, he became the first author to win both of France's top literary prizes, the Prix Goncourt and Prix Medicis. Since then Andrei Makine has written THE CRIME OF OLGA ARBYELINA, REQUIEM FOR THE EAST, A LIFE'S MUSIC, which won the Grand Prix RTL-Lire, and THE EARTH AND SKY OF JACQUES DORME.

GOR000973532
Le Testament Francais by Andrei Makine
Andrei Makine
Used - Very Good
Paperback
Hodder & Stoughton General Division
2006-12-28
288
034093641X
9780340936412
N/A
Book picture is for illustrative purposes only, actual binding, cover or edition may vary.
This is a used book - there is no escaping the fact it has been read by someone else and it will show signs of wear and previous use. Overall we expect it to be in very good condition, but if you are not entirely satisfied please get in touch with us.