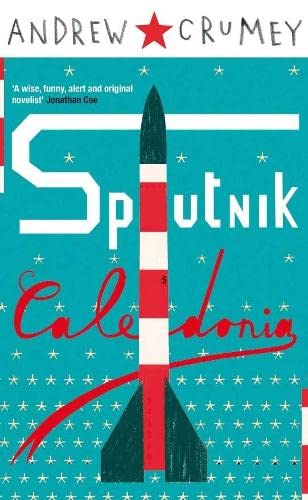 A bold and exuberant tale of childhood, space travel and telepathy

Robbie Coyle is an imaginative kid. He wants so badly to become Scotland's first cosmonaut that he tries to teach himself Russian and trains for space exploration in the cupboard under the sink. But the place to which his fantasies later take him is far from the safety of his suburban childhood. In a communist state, in a closed, bleak town, the mysterious Red Star heralds his discovery of cruelty and of love, and the possibility that the most passionate of dreams may only be a chimera . . .

`Sputnik Caledonia should leave you breathless with admiration. A quantum leap forward for the Scottish novel'

`A brio of a book . . . One for the boys, big and little - and for those of us who wonder just what does go on inside a boy's head'

`Andrew Crumey has fused a thrilling personal narrative with quantum mechanics in a way that somehow looks easy . . . Never has astrophysics seemed so touching and funny'

`There are echoes here of Alasdair Gray's Lanark; echoes of Jonathan Coe's What a Carve Up! . . . A real haunting triumph'

Andrew Crumey has a PhD in theoretical physics and is literary editor of Scotland On Sunday. His novels have been translated widely, and have won several prizes.
GOR001390258
9780330447027
0330447025
Sputnik Caledonia by Andrew Crumey
Andrew Crumey
Used - Very Good
Paperback
Pan Macmillan
2008-03-07
560
N/A
Book picture is for illustrative purposes only, actual binding, cover or edition may vary.
This is a used book - there is no escaping the fact it has been read by someone else and it will show signs of wear and previous use. Overall we expect it to be in very good condition, but if you are not entirely satisfied please get in touch with us
Trustpilot