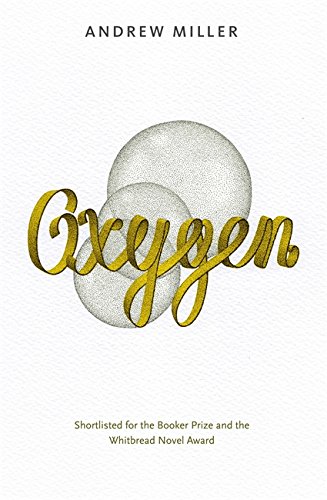 In Stock
£3.59
Shortlisted for the Booker Prize, a deeply moving exploration of courage, love and liberation in the modern age
Like New Very Good
Only 2 left

In the summer of 1997, four people reach a turning point: Alice Valentine, who lies gravely ill in her West Country home; her two sons, one still searching for a sense of direction, the other fighting to keep his acting career and marriage afloat; and Laszlo Lazar, who leads a comfortable life in Paris yet is plagued by his memories of the 1956 Hungarian uprising. For each, the time has come to assess what matters in life, and all will be forced to take part in an act of liberation - though not necessarily the one foreseen.

Andrew Miller's first novel, Ingenious Pain, was published by Sceptre in 1997 and greeted as the debut of an outstanding new writer. It won the James Tait Black Memorial Prize, the International IMPAC Dublin Literary Award and the Grinzane Cavour Prize for the best foreign novel published in Italy. It has been followed by Casanova, Oxygen, which was shortlisted for the Booker Prize and the Whitbread Novel of the Year Award in 2001, The Optimists, One Morning Like A Bird, Pure, which won the Costa Book of the Year Award 2011, and The Crossing. Andrew Miller's novels have been published in translation in twenty countries. Born in Bristol in 1960, he currently lives in Somerset.

GOR010516752
Oxygen by Andrew Miller
Andrew Miller
Used - Like New
Paperback
Hodder & Stoughton General Division
2002-06-20
336
0340728264
9780340728260
N/A
Book picture is for illustrative purposes only, actual binding, cover or edition may vary.
The book has been read, but looks new. The book cover has no visible wear, and the dust jacket is included if applicable. No missing or damaged pages, no tears, possible very minimal creasing, no underlining or highlighting of text, and no writing in the margins.