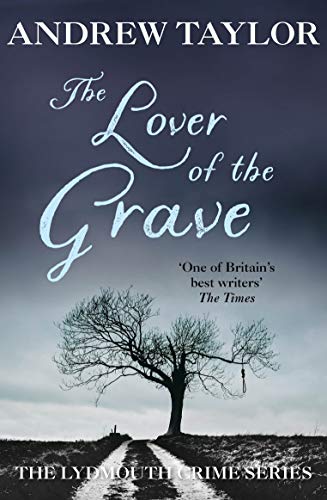 The Lover of the Grave
by Andrew Taylor

In Stock
£7.49
The third in the acclaimed Lydmouth crime series, set on the Welsh/English border in the years after World War II
Very Good Good Well Read
7 in stock

The Lover of the Grave Summary

The Lover of the Grave: The Lydmouth Crime Series Book 3 by Andrew Taylor

From the No.1 bestselling author of The Ashes of London and The Fire Court, this is the third instalment in the acclaimed Lydmouth series

After the coldest night of the year, they find the man's body. He is dangling from the Hanging Tree on the outskirts of a village near Lydmouth, with his trousers round his ankles. Is it suicide, murder, or accidental death resulting from some bizarre sexual practice?

Journalist Jill Francis and Detective Inspector Thornhill become involved in the case in separate ways. Jill is also drawn unwillingly into the affairs of the small public school where the dead man taught. Meanwhile a Peeping Tom is preying upon Lydmouth; Jill has just moved into her own house and is afraid she is being watched. And there are more distractions, on a personal level, for policeman and reporter . . .

The Lover of the Grave Reviews

'Part baffling mystery, part social commentary, The Lover of the Grave is so atmospheric you can practically feel the ice on the inside of the windows'
Liverpool Daily Post

'The tensions, both emotional and sexual, that run through this deftly plotted novel stretch the reader's nerves almost to breaking point'
Val McDermid, Manchester Evening News

'This absorbing tale is only the third of Taylor's Lydmouth Mysteries, yet already they rank among the finest of English rural whodunit/whydunits..'
Shropshire Star

The people depicted here are real and believable and the drabness and genteel facade of Fifties England is skilfully brought to life. Taylor is, as always, adept at showing the reality beneath the surface * Sunday Telegraph *

How skilfully he recreates the atmosphere of the time through innuendo, attitude and detail . . .Taylor is the master of small lives writ large and he has carved a classic detective story * Frances Fyfield *

'Andrew Taylor was given the thumbs up long ago for beautifully crafted, well written narratives combining sublety, depth and that vital 'Oh my God what is the hell is going to happen next' factor, which is the driving force of the story-teller... The Lover of the Grave... makes you long to read the next tale'
Frances Fyfield Express on Saturday

The most under-rated crime writer in Britain today * Val McDermid *

'This absorbing tale is only the third of Taylor's Lydmouth mysteries, yet already they rank among the finest of English rural whodunit/whydunits'
Cumberland Evening News and Star

'Taylor evokes and stays faithful to the narrow convention and dingy austerity of the 1950s, He is an excellent writer who has conjured up an understated and grimy drama. Very praiseworthy'
?

'Quite definitely a cut above the usual whodunnit'
Yorkshire Post-

GOR001086114
The Lover of the Grave: The Lydmouth Crime Series Book 3 by Andrew Taylor
Andrew Taylor
Used - Very Good
Paperback
Hodder & Stoughton General Division
1997-09-18
320
0340617152
9780340617151
N/A
Book picture is for illustrative purposes only, actual binding, cover or edition may vary.
This is a used book - there is no escaping the fact it has been read by someone else and it will show signs of wear and previous use. Overall we expect it to be in very good condition, but if you are not entirely satisfied please get in touch with us.