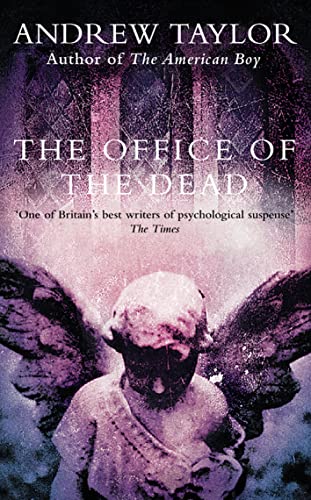 The Office of the Dead
by Andrew Taylor

The Office of the Dead Summary

The Office of the Dead (The Roth Trilogy, Book 3) by Andrew Taylor

Janet Byfield has everything Wendy Appleyard lacks: she's beautiful; she has a handsome husband, a clergyman on the verge of promotion; and most of all she has an adorable little daughter, Rosie. So when Wendy's life falls apart, it's to her oldest friend, Janet, that she turns.
At first it seems as to Wendy as though nothing can touch the Byfields' perfect existence in 1950s Cathedral Close, Rosington, but old sins gradually come back to haunt the present, and new sins are bred in their place. The shadow of death seeps through the Close, and only Wendy, the outsider looking in, is able to glimpse the truth. But can she grasp it's twisted logic in time to prevent a tragedy whose roots lie buried deep in the past?

The Office of the Dead Reviews

`Masterly... will have the reader turning back to check the identities of Taylor's ambiguous characters and relish his fine writing'
Gerald Kaufman, Scotsman

`It is in the domestic sphere that Taylor triumphs... A highly sinister piece of work Natasha Cooper, TLS

`The intellect and the imagination are seized... Andrew Taylor has brought a major literary undertaking to a deeply satisfying conclusion'
James Melville, Ham & High

Andrew Taylor is the award-winning author of a number of crime novels, including the Dougal series, the Lydmouth books, and The Barred Window. He and his wife live with their children in the Forest of Dean.

GOR001196173
The Office of the Dead (The Roth Trilogy, Book 3) by Andrew Taylor
Andrew Taylor
The Roth Trilogy
Used - Very Good
Paperback
HarperCollins Publishers
2000-09-04
432
0006496555
9780006496557
Winner of CWA Ellis Peters Historical Dagger 2001
Book picture is for illustrative purposes only, actual binding, cover or edition may vary.
This is a used book - there is no escaping the fact it has been read by someone else and it will show signs of wear and previous use. Overall we expect it to be in very good condition, but if you are not entirely satisfied please get in touch with us.