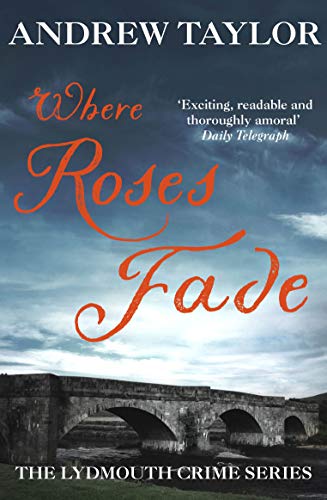 Where Roses Fade
by Andrew Taylor

In Stock
£8.99
The fifth in the acclaimed Lydmouth crime series, set on the Welsh/English border in the years after World War II
Very Good Good Well Read
Only 2 left

From the No.1 bestselling author of The Ashes of London and The Fire Court, this is the fifth instalment in the acclaimed Lydmouth series

When Mattie Harris's body is found drowned in the river, everyone in Lydmouth knows something is wrong. Mattie wasn't a swimmer - it can't have been a simple accident. She was drunk on the last night of her life - could she have fallen in? Or was she pushed?

Mattie was a waitress, of no importance at all, so when Lydmouth's most prominent citizens become very anxious to establish that her death was accidental, Jill Francis's suspicions become roused. In the meantime she is becoming ever closer to Inspector Richard Thornhill, and discovering that the living have as many secrets as the dead...

The people depicted here are real and believable and the drabness and genteel facade of Fifties England is skilfully brought to life. Taylor is, as always, adept at showing the reality beneath the surface, as the characters interact and the unsavoury truth behind the murder is gradually revealed * Sunday Telegraph *
'Excellent Lydmouth mysteries' Play
How skilfully he recreates the atmosphere of the time through innuendo, attitude and detail rather than dogged description . . .Taylor is the master of small lives writ large * Frances Fyfield, Express on The Suffocating Night *
'He writes terribly well' Glasgow Evening Times
Taylor is an excellent writer * The Times *
'Does full justice to Andrew Taylor's reputation as on of the greatest award winning crime writers of our time' Bangor Chronicle
What makes these novels transcend the average mystery is the author's uncanny ability to create another era so comprehensively that the reader is walking along the same pavements and driving the same cars * Independent *

GOR000598484
Where Roses Fade: The Lydmouth Crime Series Book 5 by Andrew Taylor
Andrew Taylor
Used - Very Good
Paperback
Hodder & Stoughton General Division
2001-03-15
432
0340696001
9780340696002
N/A
Book picture is for illustrative purposes only, actual binding, cover or edition may vary.
This is a used book - there is no escaping the fact it has been read by someone else and it will show signs of wear and previous use. Overall we expect it to be in very good condition, but if you are not entirely satisfied please get in touch with us.