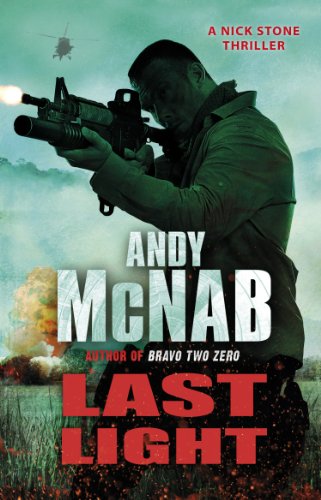 New Price
£8.99
Free Shipping in the UK
Nick Stone - deniable operator for British Intelligence - has been assigned to carry out an officially-sanctioned assassination. But he has a critically injured friend to rescue, miles of dense rainforest to navigate and the toughest decision of his life to make...
Reviews:
Trustpilot
New£8.99

Nick Stone - deniable operator for British Intelligence - has been assigned to carry out an officially-sanctioned assassination. When he realizes who the target is, he refuses. But he is then given a chilling ultimatum: fly to Central America and finish the job, or the eleven-year-old orphan in his care will get killed. Stone arrives in sweltering Panama close to breaking point. His life is in pieces, but things only get worse when he finds himself caught at the centre of a lethal conspiracy involving Columbian guerrillas. Hundreds of innocent lives are at stake. Their only chance of rescue is Stone. But he has a critically injured friend to rescue, miles of dense rainforest to navigate and the toughest decision of his life to make...

"A heart-thumping read" * Daily Express *
"McNab is a terrific novelist. When it comes to thrills, he's Forsyth class" * Mail on Sunday *
"McNab's great asset is that the heart of his fiction is not fiction: other thriller writers do their research, but he has actually been there" * The Sunday Times *