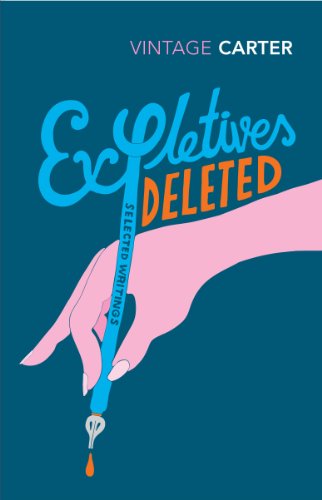 In Stock
£6.49
Presenting a selection of her writing, the author covers more than a decade of her thought, which ranges over a diversity of subjects giving a measure of the focus of her interests.
Very Good
5 in stock

WITH AN INTRODUCTION BY MICHAEL MOORCOCK Angela Carter was one of the most important and influential writers of our time: a novelist of extraordinary power and a searching critic and essayist.This selection of her writing, which she made herself, covers more than a decade of her thought and ranges over a diversity of subjects giving a true measure of the wide focus of her interests: the brothers Grimm; William Burroughs; food writing, Elizbaeth David; British writing: American writing; sexuality, from Josephine Baker to the history of the corset; and appreciations of the work of Joyce and Christina Stead.

"She was a great writer and a great feminist, and will be read for illumination and entertainment for many years to come" * New Statesman *
"She was and is more than a breath of fresh air in contemporary letters.She is a bloody hurricane when she is in the mood" * Daily Telegraph *

Angela Carter was born in 1940 and read English at Bristol University, before spending two years living in Japan. She lived and worked extensively in the United States and Australia. Her first novel, Shadow Dance, was published in 1965, followed by the Magic Toyshop in 1967, which went on to win the John Llewellyn Rhys Prize. She wrote a further four novels, together with three collections of Short Stories, two works of non-fiction and a volume of collected writings. Angela Carter died in 1992.

GOR001130231
Expletives Deleted: Selected Writings by Angela Carter
Angela Carter
Used - Very Good
Paperback
Vintage Publishing
1993-04-15
240
0099222817
9780099222811
N/A
Book picture is for illustrative purposes only, actual binding, cover or edition may vary.
This is a used book - there is no escaping the fact it has been read by someone else and it will show signs of wear and previous use. Overall we expect it to be in very good condition, but if you are not entirely satisfied please get in touch with us.