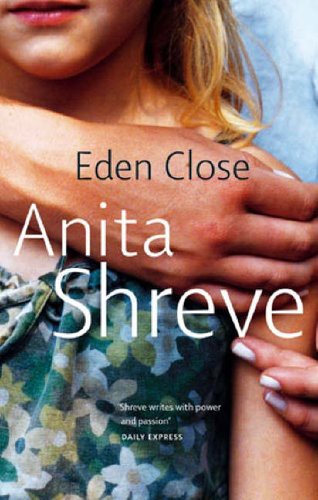 In Stock
£3.99
*'A notable fiction debut' (Publisher's Weekly) from the acclaimed author of The Weight of Water and The Pilot's Wife.
Like New Very Good
Only 2 left

Andrew, an advertising executive in his mid-30s, returns to his hometown in upstate New York for his mother's funeral. He does not intend to stay in the slow rural backwater he left seventeen years before. But the dreams and memories persist and in the darkened farmhouse he relives that hot, bloody night when Eden Close was blinded -- by the same gun that killed her father.

The enigmatic Eden had been Andrew's childhood companion. Together the two roamed summer cornfields, smoked their first forbidden cigarettes, skated, fished and fought until the tomboy turned temptress -- then their friendship ended. Now, despite warnings, Andrew is drawn again to this lost, blind girl of his youth, drawn to save her from the cruel neglect she has endured for seventeen sightless years without him. But first he must discover the grisly truth about that night . . .

Shreve writes with power and passion * DAILY EXPRESS *
Anita Shreve has a knack for wry observation and for capturing the agony of emotion * DAILY TELEGRAPH *
EDEN CLOSE is a novel of sensibility. Its insights are keen, its language measured and haunting. In it a sense of loss and rapture is everywhere * NEW YORK TIMES BOOK REVIEW *
A first novel that turns rural gothic horrors into a story of fine, high love... * KIRKUS REVIEW *

Formerly a journalist (Newsweek, US magazine) and non-fiction writer, Anita Shreve's first novel EDEN CLOSE, published in 1990, introduced a distinctively individual voice to literary fiction. She is the author of ten other novels, all available from Little, Brown and Abacus.

GOR010453030
Eden Close by Anita Shreve
Anita Shreve
Used - Like New
Paperback
Little, Brown Book Group
1994-12-01
288
0349105871
9780349105871
N/A
Book picture is for illustrative purposes only, actual binding, cover or edition may vary.
The book has been read, but looks new. The book cover has no visible wear, and the dust jacket is included if applicable. No missing or damaged pages, no tears, possible very minimal creasing, no underlining or highlighting of text, and no writing in the margins.