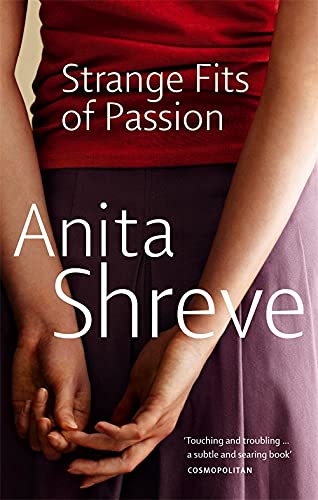 In Stock
£4.49
Reissue - with a stunning new cover - of Anita Shreve's outstanding second novel - 'a superbly crafted, intelligent exploration of the complications of an abusive relationship' BOOKLIST
Very Good Good
7 in stock

A young and successful journalist working in New York, Maureen English appears to have the perfect life and family. But Maureen's husband, a highly respected fellow reporter, has in private a tendency towards alcohol and violent abuse. When the situation at home becomes intolerable, Maureen takes her baby daughter and flees. In a Maine fishing town she assumes a new identity and spends six weeks battling sub-zero temperatures, the intrusive glare of the townsfolk -- and her fears of discovery.
Against the force of the wintry sea -- the cawing of the gulls, the lobstermen hauling their catch, the press of waves against the rocks -- Maureen settles into the rhythms of a new life. Two married men pursue her, and one captures her heart. But this calming respite ends suddenly, leaving in its wake a murder, a rape charge, a suicide and a helpless child.
Nearly nineteen years later, a cache of documents regarding Maureen English -- abused, accused and imprisoned -- are given to her daughter by the journalist who made her name reporting the case. The truth should lie within them, but the papers raise far more questions than they answer . . .

Formerly a journalist (Newsweek, US magazine) and non-fiction writer, Anita Shreve's first novel EDEN CLOSE, published in 1990, introduced a distinctively individual voice to literary fiction. She is the author of ten other bestselling novels, all available from Little, Brown and Abacus.

GOR000346164
Strange Fits Of Passion by Anita Shreve
Anita Shreve
Used - Very Good
Paperback
Little, Brown Book Group
1992-09-24
384
0349105863
9780349105864
N/A
Book picture is for illustrative purposes only, actual binding, cover or edition may vary.
This is a used book - there is no escaping the fact it has been read by someone else and it will show signs of wear and previous use. Overall we expect it to be in very good condition, but if you are not entirely satisfied please get in touch with us.