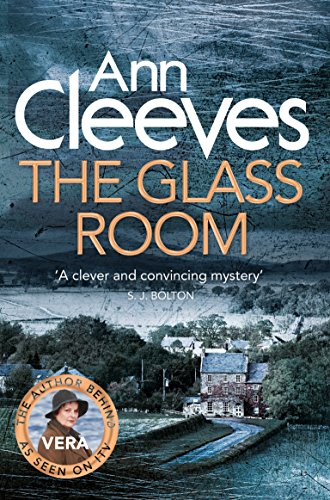 The Glass Room
by Ann Cleeves

The Glass Room by Ann Cleeves

DI Vera Stanhope is not one to make friends easily, but her hippy neighbours keep her well-supplied in homebrew and conversation. But when one of them goes missing, her path leads her to more than a missing friend . . .

Vera tracks the young woman down to the Writer's House, a country retreat where aspiring authors work on their stories. Things get complicated when a body is discovered and Vera's neighbour is found with a knife in her hand.

Calling in the team, Vera knows that she should hand the case over. She's too close to the main suspect. But the investigation is too tempting and she's never been one to follow the rules.

There seems to be no motive. When another body is found, Vera suspects that someone is playing games with her. Somewhere there is a killer who has taken murder off the page and is making it real . . .

Ann Cleeves is a skilful technician, keeping our interest alive and building slowly up to the denouement. Her easy use of language and clever story construction make her one of the best natural writers of detective fiction. * Sunday Express *
If you're a fan of ITV's crime drama Vera, you'll love the books that inspired the series. * S Magazine *
Cleeves is quietly carving out a reputation as the new Queen of Crime. * Sunday Mirror *

Ann Cleeves is the author behind ITV's Vera and BBC One's Shetland. She has written over thirty novels, and is the creator of detectives Vera Stanhope and Jimmy Perez - characters loved both on screen and in print. Her books have now sold over 1 million copies worldwide.

Ann worked as a probation officer, bird observatory cook and auxiliary coastguard before she started writing. She is a member of 'Murder Squad', working with other British northern writers to promote crime fiction. In 2006 Ann was awarded the Duncan Lawrie Dagger (CWA Gold Dagger) for Best Crime Novel, for Raven Black, the first book in her Shetland series. In 2012 she was inducted into the CWA Crime Thriller Awards Hall of Fame. Ann lives in North Tyneside.

GOR007464822
The Glass Room by Ann Cleeves
Ann Cleeves
Vera Stanhope
Used - Very Good
Paperback
Pan Macmillan
2016-01-14
400
1509816003
9781509816002
Short-listed for CWA Specsavers Bestseller Dagger 2012 (UK)
Book picture is for illustrative purposes only, actual binding, cover or edition may vary.
This is a used book - there is no escaping the fact it has been read by someone else and it will show signs of wear and previous use. Overall we expect it to be in very good condition, but if you are not entirely satisfied please get in touch with us.