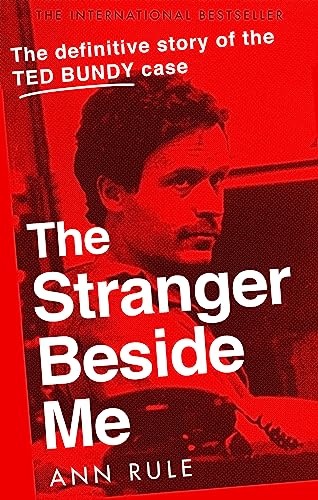 The Stranger Beside Me
by Ann Rule

More than 2 million copies sold in the English language alone

The Stranger Beside Me Summary

The Stranger Beside Me: The Inside Story of Serial Killer Ted Bundy (New Edition) by Ann Rule

THE NEW EDITION OF THE TRUE CRIME CLASSIC

The Inside Story of Serial Killer Ted Bundy

Ann Rule was a writer working on the biggest story of her life, tracking down a brutal mass-murderer. Little did she know that the young man who was her close friend was the savage slayer she was hunting . . .

TED BUNDY was everyone's picture of a natural 'winner' - handsome, charming, brilliant in law school, successful with women, on the verge of a dazzling career.

Fast-forward to 24 January 1989, Ted Bundy is executed. He had confessed to taking the lives of at least thirty-five young women, coast to coast.

This is his story: the story of his magnetic power, his unholy compulsion, his demonic double life and his string of helpless victims. It was written by a woman who thought she knew Ted Bundy, until she began to put all the evidence together and the whole terrifying picture emerged . . .

As recommended by the hosts of the podcast My Favourite Murder.

Fascinating further reading for viewers of the Netflix documentary Conversations with a Killer: The Ted Bundy Tapes.

The Stranger Beside Me Reviews

The most fascinating killer in modern American history...Ann Rule has an extraordinary angle that makes THE STRANGER BESIDE ME as dramatic and chilling as a bedroom window shattering at midnight * The New York Times *

Ann Rule wrote thirty-five New York Times bestsellers. Her first bestseller was The Stranger Beside Me, about her personal relationship with infamous serial killer Ted Bundy. A former Seattle police officer, she used her firsthand expertise in all her books. For more than three decades, she was a powerful advocate for victims of violent crime. She lived near Seattle and passed away in 2015.

GOR010007895
The Stranger Beside Me: The Inside Story of Serial Killer Ted Bundy (New Edition) by Ann Rule
Ann Rule
Used - Very Good
Paperback
Little, Brown Book Group
2019-04-11
528
0751578096
9780751578096
N/A
Book picture is for illustrative purposes only, actual binding, cover or edition may vary.
This is a used book - there is no escaping the fact it has been read by someone else and it will show signs of wear and previous use. Overall we expect it to be in very good condition, but if you are not entirely satisfied please get in touch with us.