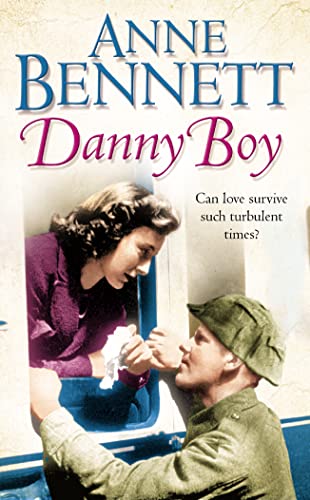 A deeply moving saga of a young couple with high hopes for a bright future in rural Ireland, only to find themselves embroiled in the uprising of 1916 and having to make a new life for themselves in Birmingham.

A deeply moving saga of a young couple with high hopes for a bright future in rural Ireland, only to find themselves embroiled in the uprising of 1916 and having to make a new life for themselves in Birmingham.

Rosie's family doesn't have much money, but she's rich in other ways: she loves her life on the farm, her sisters, her friends, and even her spoilt baby brother. When Danny Walsh asks her to walk out with him one Sunday, it's a dream come true.

Everyone agrees that they are made for each other and soon they are married. But Danny's young brother runs away to join in the uprising of Easter 1916. Danny is a man of peace but has no choice; he must find his brother and bring him home. Before he can be released, Danny must swear to take his place.

Danny will never be free of his pledge. He takes Rosie and their small daughter to what they hope is safety in Birmingham - but the fight to survive has just begun, as nobody will employ an Irishman when there's a war on. With no money coming in, Rosie does the unthinkable and leaves Danny to look after the child while she finds a job in munitions. Little does she realise the danger she is in and what consequences it will have for her and her family. Danny and Rosie will find their resources, spirit and love for each other are tested to the utmost limit before the future is bright again.

`Anne Bennett draws on her own background to give emotional depth to an affecting story populated with rich, beautifully drawn characters' Choice

GOR000762039
Danny Boy by Anne Bennett
Anne Bennett
Used - Very Good
Paperback
HarperCollins Publishers
2005-04-04
464
0007177224
9780007177226
N/A
Book picture is for illustrative purposes only, actual binding, cover or edition may vary.
This is a used book - there is no escaping the fact it has been read by someone else and it will show signs of wear and previous use. Overall we expect it to be in very good condition, but if you are not entirely satisfied please get in touch with us.