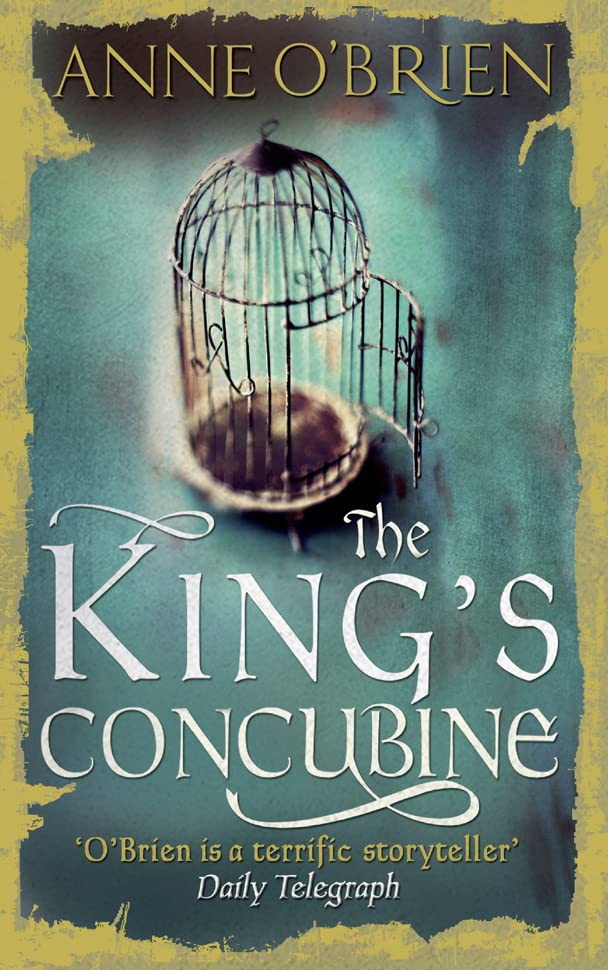 The King's Concubine
by Anne O'Brien

`O'Brien cleverly intertwines the personal and political in this enjoyable, gripping tale.'
The Times

The King's Concubine by Anne O'Brien

`O'Brien cleverly intertwines the personal and political in this enjoyable, gripping tale.'
The Times

Philippa of Hainault selects a young orphan from a convent. Alice Perrers, a girl born with nothing but ambition. The Queen has a role waiting for her at court.

`I have lifted you from nothing Alice. Now you repay me.'

Led down the corridors of the royal palace, the young virgin is secretly delivered to King Edward III - to perform the wifely duties of which ailing Philippa is no longer capable. Power has a price, and Alice Perrers will pay it.

Mistress to the King. Confidante of the Queen. Whore to the court.

Her fate is double edged; loved by the majesties, ostracised by her peers. Alice must balance her future with care as her star begins to rise - the despised concubine is not untouchable. Politics and pillow talk are dangerous bedfellows.

The fading great King wants her in his bed. Her enemies want her banished. One mistake and Alice will face a threat worse than any malicious whispers of the past.

`O'Brien cleverly intertwines the personal and political in this enjoyable, gripping tale.'
- The Times

`A gem of a subject ... O'Brien is a terrific storyteller'
- Daily Telegraph

`Packed with drama, danger, romance and history.'
-Pam Norfolk, for the Press Association

`Better than Philippa Gregory' - The Bookseller

Anne O'Brien was born in the West Riding of Yorkshire. After gaining a BA Honours degree in History at Manchester University and a Master's in Education at Hull, she lived in the East Riding for many years as a teacher of history.

She now lives with her husband in an eighteenth-century timber-framed cottage in depths of the Welsh Marches in Herefordshire on the borders between England and Wales.