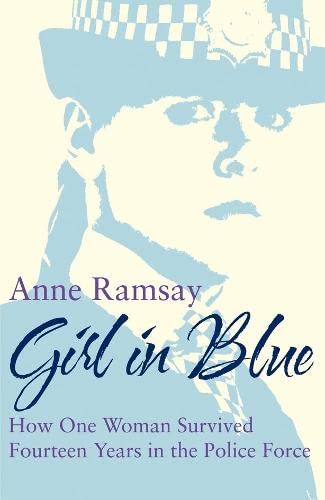 Girl in Blue
by Anne Ramsay

In Stock
£5.99
A powerful, controversial and darkly humorous account of what life in the police force is really like.
Very Good
7 in stock

Girl in Blue: How One Woman Survived Fourteen Years in the Police by Anne Ramsay

When she made the decision to join the police force, Anne Ramsay had imagined what she would look like in a police uniform. She hadn't for one moment envisaged herself dressed as a prostitute, walking the streets of Glasgow at night, retracing the steps of a young girl recently murdered . . .

Girl in Blue is Anne's riveting story of fourteen years in the police, first as a WPC and then as a detective. She vividly describes the reality of police work, from analysing crime scenes to her first frightening trip to the mortuary, from knocking on someone's door to deliver tragic news to being used as a honey trap, from questioning child abusers to watching a post mortem. Anne joined the police believing she could help people and make a difference, an optimism eventually destroyed by the darkness she witnessed daily on the streets of Glasgow, and within the force itself. She left after being diagnosed with post traumatic stress disorder.

Anne Ramsay was twenty-one when she joined the police force and began working the hard-edged neighbourhoods of Glasgow. In 2006, after fourteen years on the force, during which she experienced so many things that most women her age have never dreamt of witnessing, she decided to take early retirement. She is now thirty-six years old and is studying law and philosophy at the University of Glasgow.

GOR001112545
Girl in Blue: How One Woman Survived Fourteen Years in the Police by Anne Ramsay
Anne Ramsay
Used - Very Good
Hardback
Pan Macmillan
2008-10-03
304
0230709028
9780230709027
N/A
Book picture is for illustrative purposes only, actual binding, cover or edition may vary.
This is a used book - there is no escaping the fact it has been read by someone else and it will show signs of wear and previous use. Overall we expect it to be in very good condition, but if you are not entirely satisfied please get in touch with us.