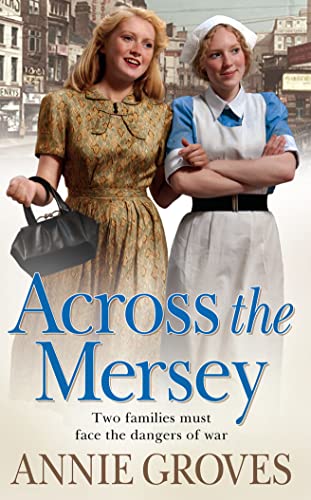 Across the Mersey
by Annie Groves

From the author of The Grafton Girls comes the story of one Liverpool family preparing for the onslaught of World War Two, but feuding amongst themselves...

Across the Mersey Summary

Across the Mersey by Annie Groves

From the author of The Grafton Girls comes the story of one Liverpool family preparing for the onslaught of World War Two, but feuding amongst themselves...

Jean and Vi are twins but couldn't be more different. Jean's proud of her honest, hardworking husband and their children, but there's never a penny to spare. Vi's equally proud of her husband's new role as a local councillor and their elegant new house, and has raised her children to expect the best.

As war breaks out, agonising decisions must be faced. Should the oldest children enlist? Should the youngest be evacuated? All the traditional certainties are overturned. Then the twins' own younger sister, singer Francine, returns home unexpectedly and stirs up the past, even in the midst of present danger.

This is a tremendous saga of fighting spirit and family closeness, and the belief that even though today is full of destruction and pain, there is hope for a better tomorrow.

Across the Mersey Reviews

'An engrossing story.' My Weekly

'A stirring and heartrending family saga...Against a backdrop of change when the suffragette movement was coming to the fore, the choices and dreams of a generation of women combine to create this passionate story.' Liverpool Daily Post

GOR000468282
Across the Mersey by Annie Groves
Annie Groves
Used - Very Good
Paperback
HarperCollins Publishers
2008-08-04
512
000726528X
9780007265282
N/A
Book picture is for illustrative purposes only, actual binding, cover or edition may vary.
This is a used book - there is no escaping the fact it has been read by someone else and it will show signs of wear and previous use. Overall we expect it to be in very good condition, but if you are not entirely satisfied please get in touch with us.